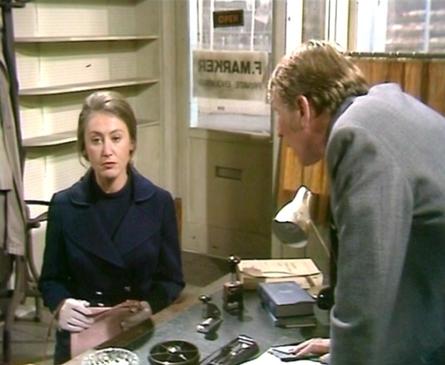 An Irish woman, Maureen, sees Frank and tells him she wants her husband, Stanley Murfield, traced. They were living in Doncaster but he has been sighted in Windsor. Frank doesn't think he's the best person to help - a solicitor will be more likely to get maintenance. However she says that is not enough: she wants to tell him what she thinks of him. The woman is rather intense and snappy but he accepts the case.

Frank has little to go on but he does note a man called Stan Smeaton, originally from the North and bearing some relation to the description. Stan seems a pleasant enough person. However there is more to him than meets the eye. He is married - but his wife is not Maureen. He is also indulging in an illicit relationship with a teenage girl.

Maureen continues to make the case hard work for Frank. The only photo she can produce of her husband is taken from a newspaper. Later when she is in a hotel with Terence Gorman, her brother-in-law, talking to two American tourists, she becomes very upset when asked about her husband. She leaves the room and her brother tells them that her husband has just died. What exactly is going on? Is she just a very confused and distressed woman? Or is the truth even more disturbing? 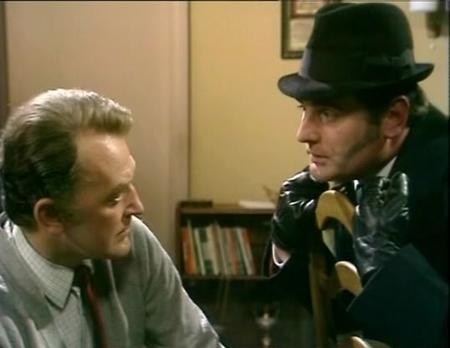 This is a tough assignment for Frank. It illustrates how easily a job could backfire on him and the risks that he had to take. It's one of those unusual occasions where his target realises he is being trailed and takes the matter rather badly. He realises that this case may involve the police and engages Percy's help, although that does not come readily at first, highlighting the early tension and suspicion between the pair. Alfred Burke and Ray Smith are excellent almost without exception but their best exchanges are often when they are at odds.

Carol Drinkwater, later a star of All Creatures Great And Small, plays very well the girl with whom Smeaton is having an affair. She starts off in ebullient mood but starts to change when it becomes evident that he will not commit to her. Her character's description of "girl" does seem both a little misleading and a little curt given the significance of the role. Carol was definitely a woman, albeit a young one, at this stage and seems worthy of a name at least! Maybe the part was originally envisaged for someone younger, hence the description.

Another notable feature of this story is a small but important role in his debut for barman George, who angers Frank after being less than discreet about his enquiries. The American tourists, the Husacks, are better than those later seen in Transatlantic Cousins. They are still a touch stereotypical, rather too enthusiastic in their gentility and roles as eager tourists. However they are more authentically portrayed - casting two American actors certainly helped.

Story editor Michael Chapman turned in his second script of the series and did a fine job, well complemented by Peter Duguid's suspenseful direction. It falls slightly below the quality of the marvellous episodes around it but still remains essential viewing. 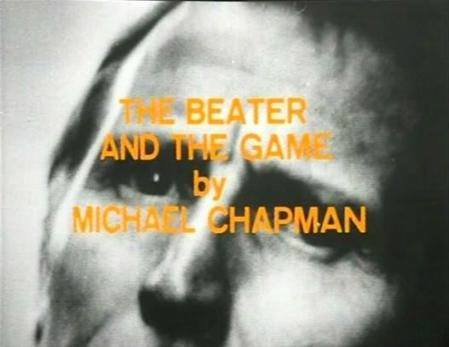 This is a rare excursion for the show into the realms of the most serious crime and is a gripping affair. There is high drama and great tension. The only reservation concerns the climax, which defies cliches but isn't entirely satisfactory. However the rest of the episode is highly impressive.

Yet again there are fine characters and performances. The disconcerting Maureen is carried off with great aplomb by Alethea Charlton, who played the creepy Mrs. Oxhey in one of the creepiest episodes of Thriller "Someone At the Top Of the Stairs". The characters have certain differences - an Irish accent and steely edge for Maureen as opposed to Mrs. Oxhey's strange charm and clipped tones - but both are peculiar and somewhat disconcerting. The Irish accent is inconsistent and does detract a little from the portrayal. Maybe it might have been better to use an Irish actress or rewrite the character as English but there is no doubt that Alethea is otherwise very good and the character makes a great impression.

The same accent reservations apply to Terence Rigby as her brother-in-law - the Irish-American Terence Gorman. He accomplishes the accent a little better although it still doesn't wholly convince. Gorman's background doesn't become clear until the final minutes when we see behind the facade of a courteous man. There are some stereotypes at work in this role but it is still an intriguing and ultimately powerful one. Terence, who appeared in a starring role in Divide And Conquer, is strong here, better than in the earlier episode.

The Smeatons though are wholly convincing and exceptionally played characters. Stan Smeaton is a man with more than one secret. Tom Watson is flawless in this part. His wife is confined to a wheelchair and she is not a happy woman - and not just because of her disability. Her bitterness is superbly purveyed by Margaret Whiting. Gorman, Smeaton and his wife share some great scenes near the end.