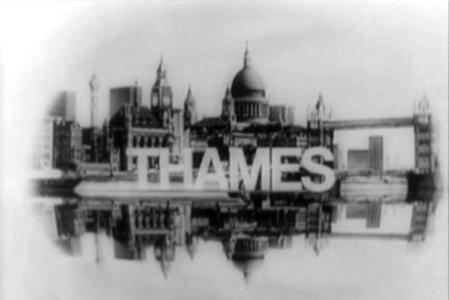 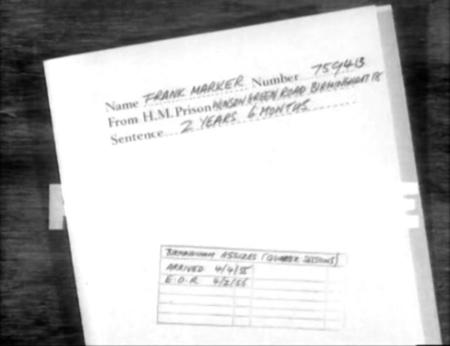 There were big changes for the fourth season in 1969. The programme had been picked up by the new Thames station. The programme finally seemed to have arrived, being fully networked for the first time in a prime-time slot and getting a TV Times cover to herald its return. Thames made Public Eye until its close in 1975 and all its episodes still exist and are now available on DVD. The action was relocated to Brighton - again a welcome use of a provincial town rather than over-familiar London. Uniquely all the episodes were written by the programme's co-creator Roger Marshall.

The rationale for this change in location was Marker's spell in prison. He had been at Ford open prison in Sussex at the end of his sentence and on release moved to the coast and Brighton. Stylistically though this is a rather different series. It is based much more around Marker. In Welcome To Brighton? we see him about to be released, a very introverted and rather bitter figure who refuses the advice of the prison governor and his probation officer Jim Hull (Ken Grieve) to make friends. He is determined to plough his own furrow. He finds adjusting to life "outside" difficult. One of the noteworthy aspects of this story is a rare liaison for Frank with a woman - a rather ill-advised one. They meet on the seafront and she invites him up to her room. While he briefly visits the bathroom she tries to steal his wallet. Frank shows his quick wits and assertive, but not aggressive, nature to recover it but it is a chastening experience. He finds that it is hard for an ex-con to go unnoticed on the outside and there are plenty of sharks around. 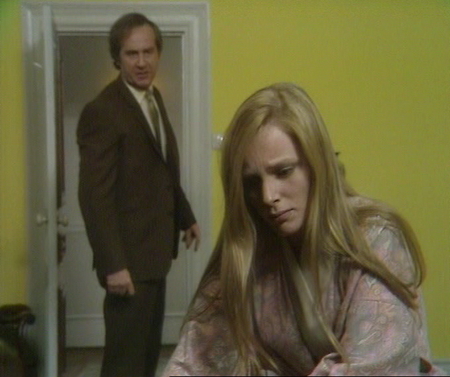 Although not part of Public Eye a play in the Armchair Theatre strand, broadcast on Tuesday 10th November 1970, will certainly interest viewers. The play exists in colour and has just been released by Network along with seven other plays in a second volume of Armchair Theatre. Although it does not feature Alfred Burke it still has a close relationship to Public Eye. It serves as a prequel to the story of My Life's My Own and had the same writer and director in Roger Marshall and Kim Mills respectively. Gary Watson and Katharine Blake returned to their roles as Dr. and Mrs. Nourse while the role of Shirley passed to Prunella Ransome.

The play shows how Shirley Marlowe became involved in the lives of the Nourses. Mrs. Nourse is extremely depressed after having to have a hysterectomy following an ectopic pregnancy. This has ended her hopes of having children. Her husband Dr. Nourse has employed a young nurse called Shirley Marlowe to help her recuperate, rather against her wishes. It soon becomes clear that Dr. Nourse may have had an ulterior motive for bringing Shirley to the house but she is completely unreceptive to his efforts to break through to her. Shirley though is quite different with Mrs. Nourse, trying to cheer her out of her depression. Initially she has no success but eventually she breaks through and a warm relationship develops between the two women. This friendship though does not meet with the approval of her husband.

This is an excellent play and viewers should not be put off by the absence of Alfred Burke or Stephanie Beacham. Prunella Ransome is a splendid replacement for Shirley. The story very skilfully puts in place the train of events that led to My Life's My Own. Shirley's past is a mystery and she resists almost all discussion about her family except for revealing an uneasy relationship with her step-father. Her only companion in life except for Mrs. Nourse is her transistor radio and its pop songs - the same radio that was to prove so important in the Public Eye episode.

It is all too clear that the Nourses are trapped in a rather loveless marriage. Dr. Nourse is a rather boorish, somewhat chauvinistic figure with little interest in his wife. Mrs. Nourse has come to accept playing second fiddle until the arrival of Shirley brings some light into her life. Altogether there are three rather troubled individuals all searching for a new opening in life. The play is practically a three-hander with the fourth character - a medical colleague of Dr. Nourse played by Robin Ellis - only featuring for a few minutes. This gives the scenes a suitably intense feel in keeping with the earlier episode.

The next two instalments demonstrate this perfectly. In Divide and Conquer he is terrorised by two thugs after he spots one of them swindling a pub landlord. In the fine Paid In Full a workmate's wages are stolen and everyone, including the police, assume Frank is responsible. Even when his innocence is proven he loses his job.

The detective who quizzed Frank accepts his innocence and makes amends. He gets him a new job assisting Rylands, a local enquiry agent, but even this is unsatisfactory. The agent is very shady and Frank is appalled in Case For the Defence at how he connives at the manipulation and bribing of witnesses in a murder case. In time Frank can stomach no more and sets up on his own, despite opposition from Hull.

One of the best features of this season is the presence of Helen Mortimer (a great performance by Pauline Delany), Frank's landlady. She is the only person with whom he develops a fairly warm, trustful relationship, thanks to her splendidly supportive nature. She cares greatly for him, and maybe would like a deeper relationship, but he keeps her at arm's length. His relationship with her though could be misinterpreted by others. This happens when her estranged husband Dennis returns in A Fixed Address seeking a reconciliation. Dennis, a smarmy, arrogant, unpleasant man, assumes that Frank is her new boyfriend and this makes for some tense scenes.

The boarding house also forms the backdrop to one of the boldest stories - My Life's My Own. While Helen is away a young woman (played by Stephanie Beacham) calls for a room. Soon afterwards she takes an overdose and Frank tries to save her. Most of the episode comprises just her and Frank. This highly ambitious effort comes off well.  The final two stories though are the best. The Comedian's Graveyard, is the one instalment with some lighter elements. It is a sign of some of the less intense cases Frank would later handle as he tries to trace a teenage girl who has gone to Brighton in search of fame. There is a lot of humour but pathos as well as we see the crumbling of dreams of success. A lot of location work, particularly on the seafront, is also a highlight. A Fixed Address offers the very fine finale with Frank hoping to set up shop again while finding himself caught in the middle of two feuding couples - the Mortimers and a pair of illicit young holidaymakers.

Altogether, an impressive return. This short season is very consistent, with no mediocre outings. Roger Marshall writing all of them was a huge advantage. No episode touches the real heights but there was still a great deal of quality. Even better was to come with the 1971 series set in Windsor...