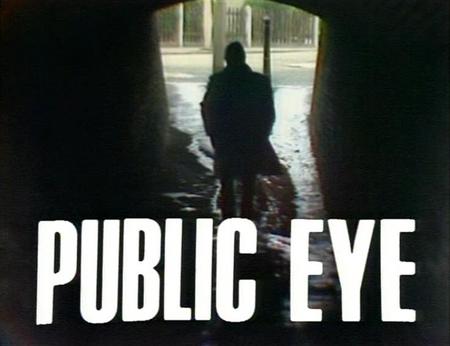 "What are you? Nothing but a cheap money-grubber poking going through other people's dirty laundry." (The Trouble With Jenny)

"He's a tall bloke in a raincoat." (Nobody Wants To Know) 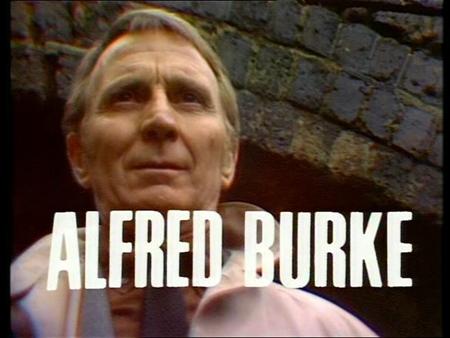 Public Eye was a series like no other. It focused on a private detective, Frank Marker. That very term might make you think of some glamorous individual, driving fast cars, getting all the girls, defeating murderers and other master criminals without a hair out of place. That was not Frank Marker's world. His world was one which we would all recognise. It was not one of glamour but of gloom and grime. If he was investigating crime it was much more likely to be seedy and petty - fraud, deception, handling stolen goods, blackmail. A lot of the time he was dealing with tales of simple human misery - divorce cases, missing persons, lack of trust. That is the real world of the private detective. Not much excitement, lots of hard work, very little pay and lots of bitterness and upset. As Frank once said, "Everywhere I look there's dirt."

Occasionally Frank would happen upon a lighter case, maybe even something with the prospect of real reward at the end. However his world was largely a mundane one, and he was a very necessary part of it.

TV is about cliches and Public Eye is one of the few series that has bucked the trend, and done it to marvellous effect. It is utterly realistic, without the pretention or sensationalism that afflicts other purportedly "realistic" dramas. The execution is quite superb. Due to excellent writing, characterisation and performances the viewer is riveted. We care about what we see - the action is no fantasy but remarkably real.

One of the dominating aspects of Marker is his sense of principle and fair play. He would always be working for the best solution. He was scrupulously fair and unlike other inquiry agents - including those he worked with such as Rylands in Series 4 and Ron Gash in Series 7 - he would never milk a client. Others would be less than frank with clients, building up their hopes by taking on hopeless cases just for the money. They would drag enquiries out to build up fees and expenses. Frank could never bring himself to act in such a way, even if he were poorer as a result.

Nor would Frank betray the confidence of a client, no matter how odious or unhelpful they may be. It would never cross his mind, even when there was a financial inducement to spill the beans. Living on the breadline he could not be fussy about his cases and if that required working for unpleasant people he had to do it. He also sometimes had to do work others might see as unsavoury such as debt-collecting or snooping. Unpleasant jobs - but necessary ones, not just to him but to society.

Another major departure from the detective stereotype concerned violence. Unlike the clichéd stereotype. Frank did not solve problems with his fists, nor was he involved in fights routinely. On the rare occasions of violence he was on the receiving end. Instead of the neatly choreographed swapping of punches seen in other shows he might succumb to a very brief outburst of punches or kicks, never fighting back. Again this is remarkably realistic. Violence thankfully in society is still uncommon. When it does occur it is often short, sharp and nastily one-sided. Those who dish out violence are usually very careful to make sure the odds are stacked overwhelmingly in their favour. Frank was maybe a "hard man", though in its true sense of being someone prepared to be brave and face danger. He would not be scared off by threats. Once he was on the case he would see it through.

The show did not shirk the fact that often injustice prevails. Life is not always about happy endings. Criminals go unpunished. Manipulators and bullies get their way. Deserving, honest people can end up with nothing. Public Eye reflected such unpalatable realities. Frank did his best to help those who came to him but success was not guaranteed. Sometimes carrying out an enquiry properly would take it in unforeseen and not wholly desirable directions. Unlike other investigators he could make mistakes. He was fallible, like all of us. He was not Superman - simply a very skilled, principled, caring person, always doing his best and usually making things better for those he helped.

Throughout the long history of the show he remained an enigma. Nothing was revealed of his interests or activities outside of work, except for his visits to the pub. However even these did not fit the mould. Frank was not the stereotypical hard-drinking detective - his drinking was almost exclusively moderate and sensible. Often his pub visits were to some degree work-related, for example discussing cases with Percy Firbank or Ron Gash. His opinions and attitudes were another secret, save for his obvious determination to do his job well and see justice done - as far as he could.

Relationships were also a closed book. Marker had no close friends. He had quite warm relationships with Mrs. Mortimer, Nell Holdsworth, Percy and Ron Gash but full friendship never developed. With the latter two their connection with work added a further restriction. He had no wife, no girlfriends, not even casual flings or one-night stands, unless one counts one ill-fated encounter in Welcome To Brighton. This absence of womanising was an even greater departure from the cliched norm.

Frank was often popular with women. Maybe this was because, unlike the stereotypical detective, he wasn't a womaniser. He didn't have an instrumental attitude to women - or any other person. He wasn't looking to get women into bed as soon as possible, nor did he disrespect them. He was a thoroughly decent, unthreatening man and that encouraged others to open up to him. However there was a boundary that he would not let others cross and he rarely opened up to others.

The quality of the show, like any other, lies chiefly in brilliant writing. Co-creators Roger Marshall and Anthony Marriott had a great concept but then fine writing was needed to sustain it. Many other writers contributed over time and inconsistency could have crept in but skilful oversight, not least by the story editors, prevented this. All facets of production were handled with great care, not least the design of the show which maintained an authentic plain, rather battered look.

Alfred Burke's part was huge. He was perfect for the part. This inspired casting was the work of director Don Leaver. Very humbly he said, "I just say the words," and "the interesting people were always the other characters" but he offered so much more than that. When speaking about the show he has always been very insightful. In a 1969 TV Times interview (quoted by Adrian Petford) he said of his character, "Marker just wants to be left alone." This did not mean he was anti-social - quite the opposite as he was very socially skilled. However Marker felt no urge for relationships, he was remarkably self-reliant: the perfect example of someone who was alone, but not lonely.