The second episode from the first series is the earliest surviving evidence of the show, sadly one of only two examples from it. It's quite an eye-opener to those used to later incarnations. It's black and white, set in London (although one would hardly know as there isn't the distinctive location filming of later series) and Marker doesn't even appear until eleven minutes in! While the story is less dependent on him than later on, we do start to see some familiar hallmarks and it's soon apparent that this is the same Marker so admired in the future years. None of the radical and wayward changes in character seen in some shows. This episode is not an immediate hit but it does grow on the viewer.

The episode has two limitations - Frank's lower profile (although still quite prominent later on) and the typically labyrynthine business arrangements that can make following the plot a little heavy going, especially in the early part of the episode so crucial for capturing viewer attention. However there are strong points as well. As soon as he appears we are reassured by Marker's integrity and straight, but never aggressive, talking. As in later stories he has to take the job even though he dislikes Garston (along with almost everyone else).  Frank can't afford to be choosy about his clients. However right here he makes clear his independence - despite his precarious living he insists on being his own boss. What's interesting as well is seeing Frank in a more buoyant mood towards the end after pulling off a smart move. An ebullient Marker was something little seen, but always very welcome.

The Garston character is certainly intriguing, quite well done by Keith Baxter who looks a little like Peter Mandelson! Johnson's wife, Anne, is an unpleasant, manipulative figure but most certainly very attractive - a strong display by June Barry. It's notable that there are some fairly bold physical scenes between the pair by mid-1960's standards, directed rather quirkily by Kim Mills.

A young Peter Barkworth as the accountant Eric Hart performs flawlessly. Robert Mill is excellent as a rather unconventional criminal called Ellis. Ellis is a very well-spoken, somewhat camp, individual who arranges for targets to be beaten-up - and maybe worse. Caroline Blakiston was ubiquitous in 60's series drama and she turns up here in a typically sharp portrayal of Garston's estranged wife Eva. Unsurprisingly Eva loathes her husband but she has a very realistic, almost cynical, appraisal of his success.

Ray Johnson finds his wife less than faithful but what will he do about it?

Paul Garston is a young, highly successful but rather arrogant and aggressive businessman, who is used to pressurising his clients. He is also having an affair with the wife of one of his draughtsmen. His confidence though is broken by a series of threatening phone calls. His partner Eric Hart urges him to bring in Frank Marker to act as a bodyguard. Garston wants to preserve his impregnable image so tells Marker to masquerade as his chauffeur.

The draughtsman Johnson starts to suspect his wife's behaviour and eventually her infidelity becomes impossible to disguise. He is determined for revenge. What is he prepared to do? Can Frank protect Garston - and from whom?

Robert Tunstall has a demanding role as Ray Johnson, the draughtsman who finds Garston is having an affair with his wife. It's a prominent part requiring some emotional outbursts alongside a generally diffident and unassertive personality and it's not that well done, although still mostly sound. However it's testimony to the class of Public Eye that even a slightly shaky acting display stands out - the quality of acting was usually exceptionally good.

The final part of the story is very impressive, with Frank engineering a notable turn of events alongside some other striking developments. As an aside, the 60's fashions seen here are very good and the younger women look great with a classic look. It's just a shame we have so few examples of these early shows but in time the handful of surviving ones will hopefully see the light of day.

The parts of the episode are called "Acts" at this stage.
The episode lasts only forty seven minutes, several minutes shorter than the standard length in the Thames years. Whether this was the standard length at ABC for a show in a one hour slot isn't known. Don't Forget You're Mine from 1966 is around the same length so it may have been. 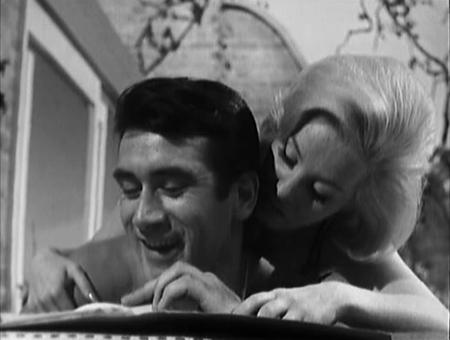 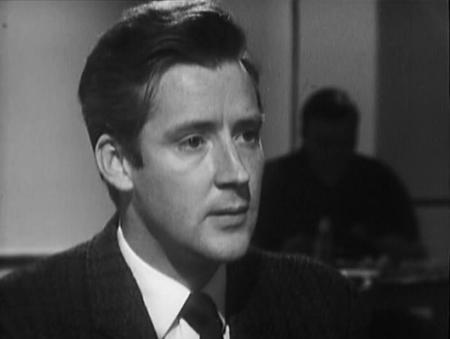 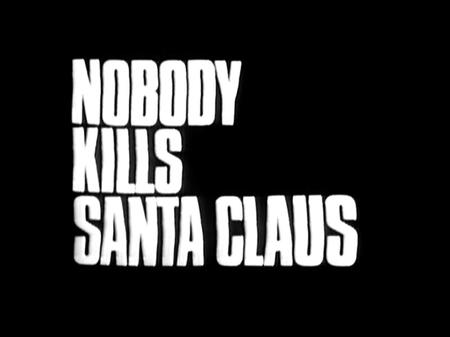