The fifth series starts with Frank living and working in Brighton. He is shopping when he notices an old woman dropping a tin into her own bag. He knows she has been spotted by the store detective and tries indirectly to warn her but she doesn't take the hint. He therefore adopts more drastic methods by bumping into her, causing her to spill all her shopping. When retrieving the items she notes her "oversight" and is very thankful, inviting him round for a cup of tea.

The visit does not go well. She pushes him into admitting that he suspected her of shoplifting and sends him away, her pride seemingly hurt. Later though she realises she has over-reacted and invites him back for tea.

He then goes to lunch with Helen.She tells him she is worried about his business prospects in Brighton where knowledge of his criminal past is prevalent. He sees the old lady, Mrs. Stuart, in the restaurant with her son and his wife. He recognises her son and it is not for the right reasons. 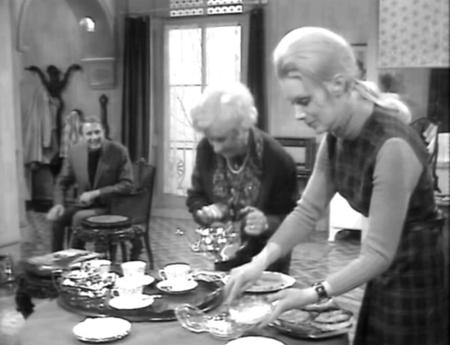 Later on he meets her son, Gurney-Stuart, and his suspicions are increased. His wife Patricia also becomes worried and, hearing that Frank handles enquiries, asks him to investigate her husband. The trail leads to Gurney-Stuart's business in Windsor, a meeting with a certain Detective Inspector Firbank, and proves to be very fateful for all concerned.

A capable opener, skilfully written by Michael Chapman, that would reassure any with doubts that the quality of the previous or later series would be present. Frank is on extremely good form but the other characters and performances are impressive.

Barry Foster, later famous as the lead in Van der Valk, plays the shady Gurney-Stuart with great aplomb. Gurney-Stuart is a snob, leech and fraudster. He tries to ingratiate himself with anyone who might have money, even speaking in laboured French to some clients on the phone, switching in exasperation to the English "Goodbye," when he gets the brush-off. Somehow he does garner some sympathy. It is clear he is on hard times, is trying to be positive and affable (even if it is an act) but continually meets rejection when he seeks financial help. However his methods of solving financial problems are less than satisfactory. His mother is unaware of his problems but his wife is rightly anxious. Nora Nicholson and Jennifer Daniel are fine as these two Stuarts.

The honours though are taken by Ray Smith in his debut as D.I. Firbank. The trail of Gurney-Stuart leads to a question over a stolen silver box and Frank's enquiries lead him into the hands of Firbank. Their first meeting sizzles and the two fence beautifully. Firbank is less than convinced that Frank's motives are honest and is not impressed to have a private detective on his patch - something though he will soon be getting used to as Frank ultimately decides that Windsor might provide the fresh start he needs. Great stuff! 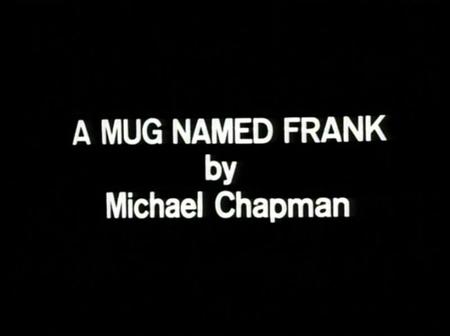 This episode also marks the debut of Brenda Cavendish as antiques shop assistant Nell Holdsworth, seen here for the only time with the owner Mr. Hubermann. It also marks the last regular appearance of Pauline Delany as Mrs. Mortimer as well as providing a neat dovetail between the spells in Brighton and Windsor. This even extends to the titles: the openers are the Brighton ones while at the end are the new Windsor ones - a very nice touch typical of the thought extended to the show. The music though is a return to the standard theme tune, maybe signalling that it is now "business as usual" after Marker's enforced rehabilation in Brighton.

It is unfortunate that the action is in black-and-white as a dispute at the time meant all ITV programmes were not made in colour. Indeed this was the last episode of all recorded in monochrome as production switched to colour on the next - Who Wants To Be Told Bad News?. However this remains an impressive effort.