Frank has left Rylands and is determined to go back to working on his own, despite the opposition of his probation officer Jim Hull. Meanwhile though things are rather eventful at the boarding house. A young unmarried couple have booked in but are struggling after the initial excitement to keep things going. Then Mrs. Mortimer's estranged husband Dennis returns, creating some serious tension with Frank. Helen has her doubts about him as well, but maybe an interesting proposition from him will change her mind.

An unusual but extremely good episode, and a fitting way to end a fine series. Although the rest of the series was shot in black-and-white, this was recorded in colour although it has never been broadcast in that form. The lighting is untypical of other colour episodes but still quite acceptable. The titles though remain in black-and-white while the end credits run over scenes set in Marker's new office - very unusual for this to happen, Horse And Carriage being another example from 1972. Seeing this episode in colour is extremely welcome but most importantly it is exceptionally strong.

The young couple Rosie and Peter make a fascinating pair. They are away from home - Rosie has not told her parents who she's with. It's a real sign of the times when Mrs. Mortimer tells Frank they aren't married and have "exhausted each other." Nowadays such things would scarcely raise an eyebrow but back in 1969 pre-marital sex was still quite provacative. Neither Helen nor Frank are disapproving - more taken aback. Another instance is Rosie rebuking Peter for his swearing, incredibly mild by modern standards and not that strong even for the late 1960's. 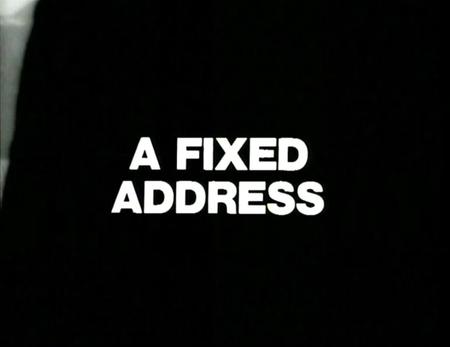 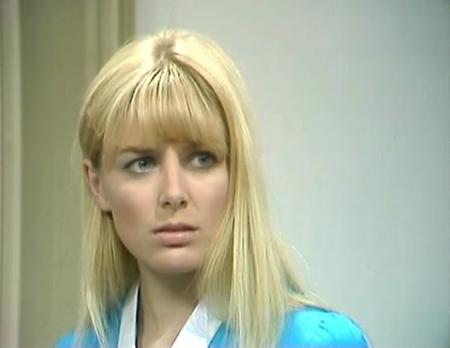 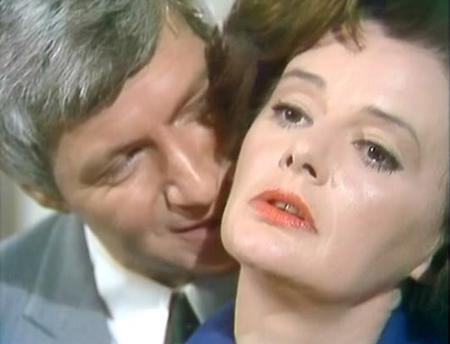 Now though the initial passion has worn thin and there is tension between Rosie and Peter. Most of this comes from Peter's boorish and insensitive attitudes, although he's hardly the most aggressive or unpleasant man. Rosie is a very pleasant young woman but she finds Peter's inconsiderate nature hard to take. Mrs. Mortimer also takes offence to Peter.

Another interesting point is when Frank gives Peter some advice, rebuking him for his feckless manner, including "knocking up the birds". He says he used to be like that, and Peter won't be able to keep it up. Hard to imagine that Frank was a one-time womaniser and wastrel, but who knows?

More significant though is the return of Dennis. Dennis is quite an obnoxious man. He clearly believes that Marker is Helen's new boyfriend and treats him with contempt. His arrogant air also winds up Helen and he treats the house as if it is his own, even though he has been away for years. Philip Brack takes much credit for such an excellent character and the scenes with both Frank and Helen are outstanding, with Alfred Burke and Pauline Delany rising to the occasion.

This instalment sadly marks the final appearance of John Grieve as Jim Hull. Hull's relationship with Frank remains uneasy even at the end and this kindly and astute man probably deserved better. He is unhappy about Frank resuming his own business but can do little about it. Roger Marshall and Kim Mills, as on many previous occasions, worked together here but thereafter only once more on Public Eye, six years later on Take No For an Answer as the programme drew to a close.

The series rounds off on an upbeat note as Frank settles into his new office. It's a fine end to the first, highly impressive Thames series.

PS
Mrs. Mortimer reveals her age to be thirty eight. She married Denis aged twenty two and they spent nine years together before he left - seven years previously.