This episode embodies all the best qualities of Public Eye. As always it is thought-provoking as well as engaging. We see how lies by good people, intended to get them out of a hole, can later revisit them with disturbing results. Also it raises the question of how far we should push our devotion to duty, how far we should dig for fear we might uncover something that may better have lain undisturbed.

Although this is a very earnest story there is still room for some very authentic humour - so typical of the show. This comes from Marker visiting the optician and running into a particularly officious receptionist, nicely played by Beryl Cooke. Ray Smith is the star here. A brilliant acting display, especially in the final few minutes as the terrible consequences of the truth unfold. We see Firbank utterly desolate, a mixture of anger and distress, superbly conveyed by Smith. Most poignant are Percy's words, "Coppers can't afford friends, Frank. It never pays." Alfred Burke's performance shouldn't be overlooked - typically splendid even if he is overshadowed at the climax. However all the performances are great. Michael Culver (Dr. Pembroke) and Ann Curthoys (Felicity) - the former notably when Pembroke's world starts to unravel around him - are excellent but it's hard to go wrong with such well-written characters. 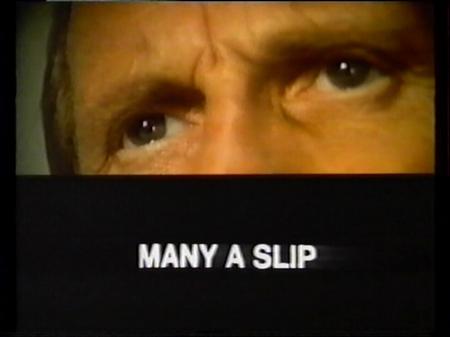 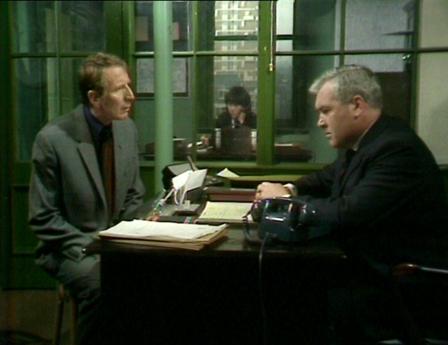 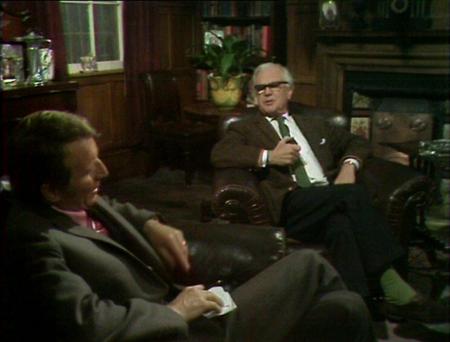 The supporting cast is also very strong. Veteran actor Esmond Knight has a fine role as Dr. Pembroke's former partner, an amiable old man who fears he may have been too revealing in his answers. Trevor Adams, later on Tony "Great" Webster in The Fall and Rise of Reginald Perrin, is very impressive as the sneering credit agent who puts the case Marker's way and is less than impressed by the delay caused by his thorough performance. Elizabeth Sladen is Percy's constable who patiently endures his blunt instructions.

The story also offers a sign of the times. The idea of "housekeeping" for wives is a legacy of former days. Similarly the shock that the Pembrokes might not be married would seem odd today where cohabitation is commonplace. There is so much to appreciate here. Utterly marvellous - essential viewing!

Frank is asked by a credit agency to investigate the credit worthiness of Felicity Pembroke, the wife of an ambitious young local doctor. She has applied to buy a freezer out of her housekeeping, which would be her husband's debt if she defaulted.

It seems a quite straightforward case. The wife of a doctor surely shouldn't raise any problems at all. Very soon though Frank discovers that Felicity is not Dr. Pembroke's wife, contrary to everybody's assumptions, including Percy Firbank whom she has been using as an informal referee. If she isn't married the debt will be hers so her status must be ascertained.

Frank raises the matter with Percy. His suspicions about the couple anger Percy who does not approve of this sort of digging and thinks they have nothing to hide. Matters take a more serious turn when it transpires that Dr. Pembroke was married but his wife died some years ago in rather unclear circumstances. An apparently straightforward credit enquiry shapes up to be something far more significant.