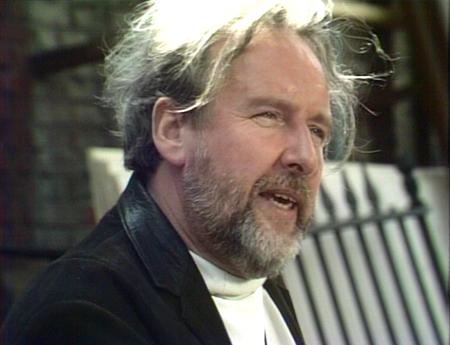 The only lead is the film. Frank firstly goes to Hailey to collect the equipment and try to find where it came from. Hailey is unhappy but he cannot afford to alienate Summers and complies. The next port of call is the adult bookshop from where it was hired. The manager doesn't want to help but Frank knows that he is operating on the edge of legality and the risk of "somehow" the police getting to know leads him to give the name of the film processor.

The processor Lucas is a genial type who has moved up in the world but remains a flash character. He and Frank haggle over the cost of information. He knows nothing about Janice - the film is five years old - but with a considerable sweetener he does disclose details of the cameraman, Phil Craig. Craig is only too willing to help but likewise he has no memory at all of Janice. Enquiries seem to have drawn a blank. However there is one other surprising source who does have some answers.

A wonderful episode penned by Roger Marshall who had not contributed to the fifth series but returned with a vengeance with this brilliant effort. There are so many excellent elements. This missing person enquiry uncovers family unhappiness and an array of fascinating personalities along the trail to Janice. Comparison might be made with the superb The Golden Boy later in the series in these respects. However the later story has a more benign and humorous character; both though are splendid. The subject matter here is definitely more seedy. The world of soft pornography, with its connections to vice, is not an edifying one. Janice "starred" in this film but it is possible that she has now resorted to prostitution; she may even be dead. Her mother confesses that Janice was a drug addict. What is certain is that she did not ascend to screen stardom. The cameraman Craig outlines the furtiveness of the industry, with the participants desperately hoping they won't be noticed while hoping to move on to better things. It's possible this story was influenced by the rise of the British soft porn movies in the early 1970's. With the conventional industry in decline many talented actors and film makers like Craig found themselves having to earn a crust in such productions. Janice though was just a passing ship and who knows what became of her? 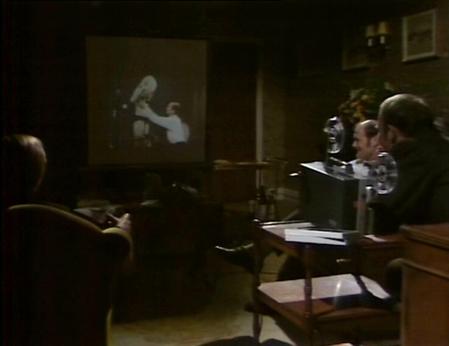 The assorted characters are impressive but those of Lucas and Craig deserve particular note. Lucas is very much a wide boy, doing very well at the time although it is conceivable he crashed later. He is a highly entertaining figure who has great banter with Frank. Craig though is the tour de force. He is an exceptional figure. He only appears for five minutes or so but is truly memorable. He has a great sardonic wit, and a captivating style that suggests he could have done a great job in front of, as well as behind, the camera. However there is real poignancy as well. He is fifty four and his career, which once spanned great heights, is very much in decline. He is happy for any work he can get, just to make ends meet. He offers some real insights and unlike Lucas or the shop manager does not need to have his palm greased or receive veiled threats in order to help. Although he cannot ultimately help he makes a huge impression. Both actors - John Lyons and George Waring - give great displays but George really has to take the honours. He later turned up as the bigamist Arnold Swain who snared Emily Bishop in Coronation Street while John has had a very long and fruitful TV career.

However the quality certainly does not stop there. Summers is another exceptionally strong character delivered perfectly by Richard Leech. We see a portrait of an intense man who is blinding himself to reality. Clearly he cares about his daughter but unfortunately, like many parents, that care can turn all too easily into obsessive control. His disapproval of her lifestyle, well meaning though it was, has seriously damaged their relationship. Such damage is not easily put right and is often permanent. There is of course the not uncommon irony of the puritan parent having a secret interest in the sexually taboo, as he is quite happy to watch blue movies and did not bat an eyelid at all the other women on screen - who, as Frank astutely points out, are all "somebody's daughter."

His wife was much more receptive to Janice and their relationship was a solid one. Unfortunately this bond only antagonised her husband even more. Mona Bruce had appeared in The Comedian's Graveyard, one of the very best Brighton episodes, and reappears here. Once again she plays a concerned relative, albeit this time the girl's mother, equipped with a refined Scottish accent. She gives a good account, offering neat counterpoint to her assertive but rather blinkered husband

The ancillary characters and performances are fine. The businessmen watching the movie have a suitably sleazy air about them, particularly the ringleader Hailey - such are the ways in which the wheels of commerce are oiled. In one of the typical touches of the show there is also some engaging incidental humour from a persistent but pleasant waitress in the cafe. This cafe reappared in The Windsor Royal a couple of months later. It almost goes without saying that Alfred Burke and Ray Smith are in impeccable form.The target of the whole enquiry - Janice - only appears towards the end but her scenes and the climax are extremely well done. Summers's behaviour at the end at first seems surprising but in reality it is absolutely in keeping with his personality. It's yet another example of top quality scriptwriting to round off an exceptional offering.

Summers goes later to see Frank and the reason for his malaise becomes clear. He is quite open. He was alarmed because he recognised the young woman on screen - his estranged daughter Janice. He has not seen her for five years after throwing her out of the family home, disgusted at how she was "becoming a slut". He now wants to find her and see if she will forgive him. Frank is brutally honest - it's really a police job, the chances of finding her are very slim and she almost certainly doesn't want to know. However Summers insists he wants the case pursued. 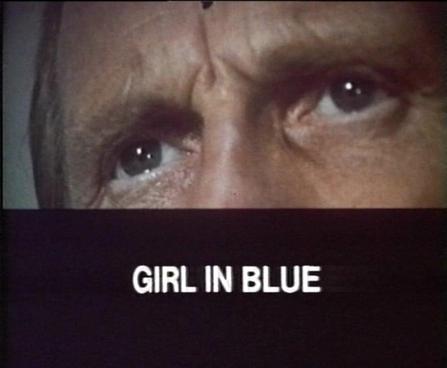