There are plenty of other attractions. Brian McDermott and Gilbert Wynne skilfully play a couple of businessmen who make use of Jenny's services while they are peddling their wares. Alan James (McDermott) is trying to portray himself as a big success but failing to make an impact with potential buyer and rather bigger fish Gordon Reynolds (Wynne), while Jenny finds herself literally in the middle. However James has spotted that Jenny provides something of an achilles heel for Reynolds. These exchanges are nicely done. Brian McDermott, employing a mild Beatle-type accent, is much better here than in his later role as a dispossessed husband in Ward Of Court from Series 5.

Some inadvertent humour comes when Frank visits shoe-shine boy Moses, portrayed by John Garrie, owner of one of the most distinctive faces in acting, further "adorned" here by thick glasses. Frank tries to get information from Moses with the help of some financial aids to memory but doesn't get far. Perhaps in 1965 this might have been taken more seriously but ever since the broadcast of American comedy Police Squad in the 1980's, with its omniscient shoe-shine boy consulted by Frank Drebin, things have changed.

This scene, set in supposedly pouring rain is shot very close-up and almost certainly in the studio. The episode indeed is shot entirely on-set and in this respect, like its first series counterpart Nobody Kills Santa Claus, is a sharp contrast to the ample use of location work in later years. Although this is quite acceptable there is no doubt that some outside shots would have been very welcome. The direction by Kim Mills is fine but it's noticeable that there are a lot of shadows. These may have been deliberate attempts to create a mood of darkness and subterfuge or just reflect problems with shooting.

Altogether a strong and appealing effort, superior to Nobody Kills Santa Claus and the surviving Series 2 installments. It is a real shame that there is not more evidence of this first series to see how Frank fared in London and to see if this standard was bettered, but it does provide a fine sample all the same. 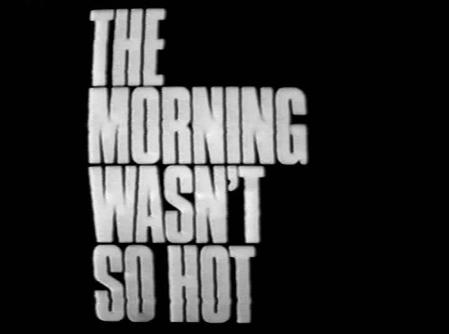 This was originally intended to be the first broadcast by ABC but was replaced by "All For a Couple Of Ponies". A story about vice was quite daring for the mid-1960's and it may have been felt it was better to debut with a safer story. Whatever the case this is a very fine effort and is one of the best surviving ABC episodes. There is no attempt to glamorise a cut-throat world in which those with most money and most muscle prevail. The options for those less well-disposed are to get out or be trampled under-foot.

Dannon occupies the top of this food-chain. It is a very sinister part extremely well-played by the prolific Philip Madoc. On first appearances he seems innocuous but those appearances are deceptive. He is always in control of events. It is telling that he never breaks out of a consistently cheery mood, his conversation punctuated by arrogant chuckles (which it has to be said can be a somewhat irritating affectation). In the background of course he has his "helpers" who are ready to step in to ensure he gets what he wants.

He more than outwits Mason, exploiting his weaknesses. Mason may have the nous to manoeuvre vulnerable young women to work for him and make him lots of money - for a time - but he is no match for Dannon. It's telling that Mason is hesitant around Dannon, after his initial braggadoccio fades. Indeed he is also nervous around the skilful Marker or whenever the law is mentioned. His destiny is to act as a feeder for Dannon and he either has to accept that or get out. Roland Curram, later known for a part in the BBC's infamous 1990's Eurosoap El Dorado, greatly impresses, and helps to win a certain sympathy for Mason. Mason is an exploiter but one senses he is out of his depth.

On the surface Jenny appears well-set for success, literally a hot commodity in the flesh market. She is sharp-tongued and stands up for herself. At no time in the episode does she smile, which she would no doubt feel was letting down her defences. Perhaps as a consequence of her work she has no affection for men who can at best be "business partners". A noted contrast is with Sue. Sue is a much more good-natured but fragile woman, most definitely not cut-out for the world of prostitution in which she has strayed inadvertently. Sue will struggle to survive but as Frank points out "every girl has a certain life expectancy". Prostititution is tough and even those in-demand will one day find themselves expendable. Carole Ann Ford and Susan Burnet deliver both contrasting roles well. 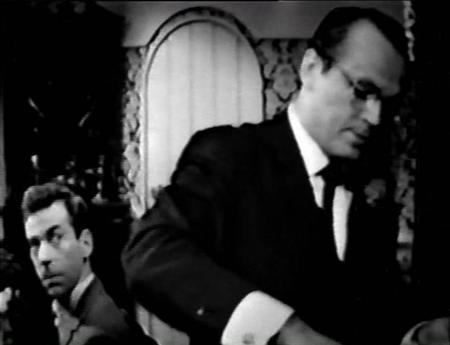 Frank is visited by a solicitor from Yorkshire, Drummond, who is trying to trace Jenny Graham, a young woman from Beverly. Jenny disappeared some weeks ago and her mother is concerned to find her. It's an edgy meeting and Frank holds out few hopes of success but takes the job.

Upon leaving her train Jenny was befriended by a man called Peter Mason. He spotted she was new to the city, and quickly established that she had no contacts and nowhere to stay. She is quite defensive with him but is still willing to accept his support. It soon turns out that Mason is a pimp and gets Jenny working for him as a call-girl.

Frank makes some enquiries and eventually strikes lucky when driver Phil White says he has spotted Jenny. However tracking down Miss Graham is the smallest part of the problem. The hard-faced Jenny has taken to her new work like a duck to water and is unreceptive to advice. Meanwhile Mason has tried the same "introduction" on another new arrival from Sheffield, Sue Forbes. However lurking behind Mason is the outwardly respectable and urbane Dannon who is rather a bigger fish in these murky waters. He has his eyes on Jenny and intends to get what he wants... 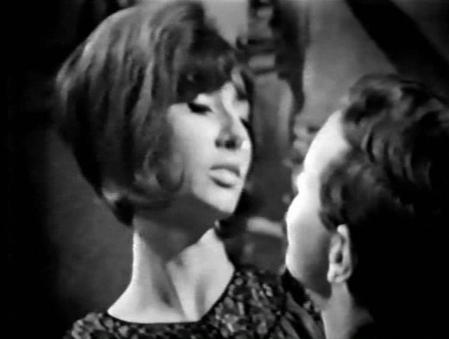