Judy Buxton as Janet makes a very strong impression. Janet may seem an unsympathetic figure. Despite all her advantages she deserts her erstwhile boyfriend to a bleak fate, tricks Marker, and is scathing about her father (who returns the compliment). However she is definitely in a terrible predicament and one can understand, if not excuse, her unwillingness to act as a witness.

One can equally understand the exasperation of her father as he sees her go off the rails yet again, and appreciate why he has no intention of bailing her out. At the same time his aggressive response is less than likely to win her round. His contempt for the fate of Martins does not win him many plaudits.

The various supporting figures are well-drawn and skilfully acted. The ending is very shocking and an unprecedented cliffhanger. Maybe it might have been even more powerful if it had been the last episode of a series but that would have perhaps cranked up the tension a little too much! It paves the way to two further superb stories that see through events and form a serial, not unlike the 1969 series. It's appropriate that the credits run over a stark black background. A real triumph!

"Nothing - that's what you can

do for me Frank - nothing."

Tarrant (Robert Russell) has an

unusual but blunt request for 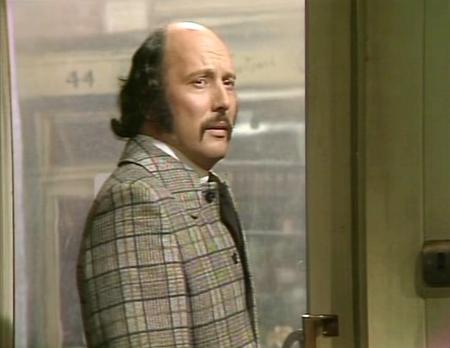 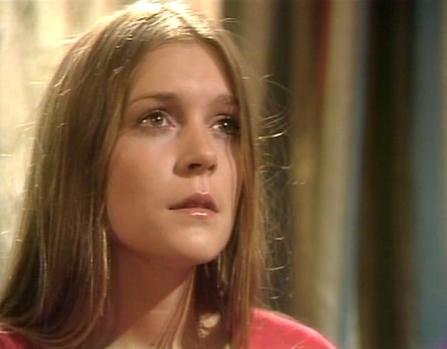 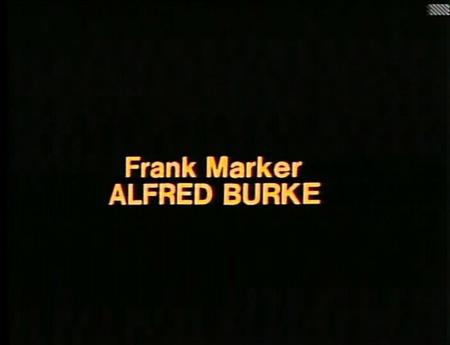 The final series opens in quite magnificent style. With almost any other programme this would be unquestionably its finest moment. It's testament to Public Eye's quality that even this isn't assured of that title.

Frank goes for a rendez-vous with Ralston, a solicitor. They get off to an awkward start as public transport problems result in him being late. He has to run the final stages and Ralston finds the manner of his arrival less than professional. The solicitor explains that he is acting for Joe Martins, a professional villain. Martins, who has plenty of form, is charged with armed robbery and is on remand. He claims his innocence and needs to trace a witness called Janet Harper who can give him an alibi. They both go to meet Martins in prison. Ralston further ruffles Frank by revealing he knows about his own spell inside. However he feels this may be advantage as Martins will trust Marker more than the usual ex-police private detective. Frank's task will be to find Janet.

Frank goes to Janet's address. He finds a young woman but she says Janet doesn't live there. Frank then goes to see Gerry Jackson, her boss, a racehorse trainer, who says she is off work. The description he gives of Janet matches the young woman Frank just met. He explains that he recently had a horse stopped in a doping scandal and Frank suspects Janet might be implicated.Frank returns to the address but Janet has gone. Martins reveals that he and Janet were involved in horse-doping for a criminal gang but he won't reveal who is behind the plan. Frank's efforts to clear Martins seem to be frustrated. Not only do most people, even Percy Firbank, seem indifferent to his innocence but Janet has disappeared. Worse still Frank receives a visit from a man called Tarrant who makes it all too clear that he should drop the case... 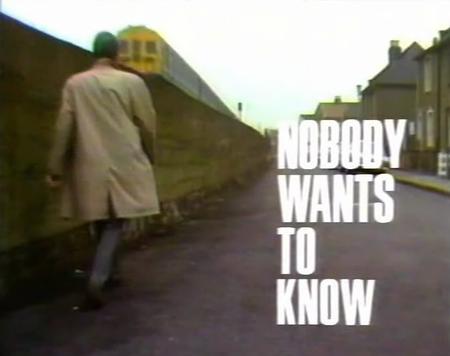 This is a very tense and ultimately brutal episode, sharply directed by Douglas Camfield. The acclaimed Camfield went on to direct The Sweeney and it may be no coincidence that this is almost certainly the Public Eye episode with the most action scenes although they are still limited in number and held within the bounds of video-tape. Various characters - notably Tarrant and the rich girl-gone wrong Janet - could have fitted comfortably into that production.

We admire Frank's determination to carry on in the face of so many obstacles. It seems "nobody wants to know" - Janet, Gerry Jackson, Firbank, Janet's father. Even Ralston has little sympathy for his client but is just doing his professional duty. Everyone is either too scared or simply too self-concerned to help. The only person who makes an effort is Janet's step-mother (Nicolette McKenzie). Frank doesn't even bow to threats when most would have understandably stepped-back.

It's in the depiction of crime that the story excels. There is no attempt to glamorise the events or the people. Martins mixes in criminal circles but he is innocent this time, and wins our sympathy for that. Stewart Bevans gives a good account although his accent and demeanour as a working class villain are not always convincing. Tarrant, brilliantly played by Robert Russell, must be one of the nastiest characters seen in the show. The scene where he comes to threaten Frank is electrifying - real, brooding menace - leading to a savagely witty exchange with a very resilient Marker. Tarrant visits Martins in prison - again brilliantly biting. His flashily-dressed accomplice Pitt (Terry Cowling) is a little more benign (and less competent as a villain) but still threatening when the time comes. Very realistically we never see their boss, who lets them do the dirty work.

The pragmatic, arguably cynical nature of justice is very much on show. Percy sees Martins as a criminal and is unconcerned about whether he is innocent of this particular offence. Many would agree with him. The previous year Martins had escaped conviction for hijacking in dubious circumstances and now it seems time to redress the balance. Justice becomes reduced to a game in which each side just wants to win by any means necessary, irrespective of whether success is deserved. It is quite possible that Martins benefitted on that occasion from the intimidation or manipulation of witnesses and it is ironic that the same strategy might leave him inside for a long stretch. The vicious obstacles to justice are displayed and sadly the same problems still occur today.

In his search for Tarrant Frank visits the supermarket underneath his flat. This results in an amusing exchange with an assistant, played by the ever-entertaining Deidre Costello, renowned for her "brassy" parts. She refers to there being, "a couple of fellas" in the flat and suggests, "they're a bit 'the other' if you ask me."  Whether Tarrant and Pitt are "a bit 'the other'" is open to question but they are unquestionably bad news. Tarrant in particular takes less than kindly to the fact that Marker will not be warned off.

got herself in very deep waters