Is Kenrick on Frank's side? 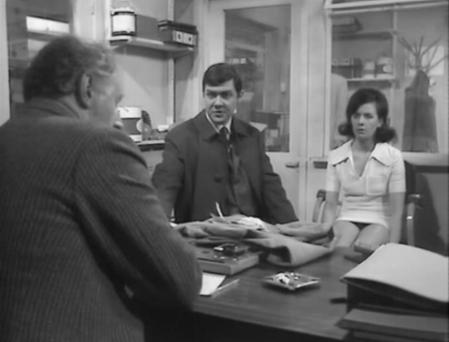 Marker has been working with Kenrick's for two weeks and is slowly becoming settled. However matters go wrong when a colleague, Wilson, has his pay packet stolen. Wilson has found out about Marker's prison record and gives his name to the police.

Frank knows nothing of this until he returns home after buying a bargain at an antique shop. Detective Constable Broome arrives, explains what has happened and asks to search his room. The possession of an attractive antique looks very suspicious. Frank feels victimised and is furious. Broome finds nothing, but Frank is not in the clear. His workmates are in little doubt of his guilt. How can he vindicate himself?

A highly impressive story, better than its immediate predecessor Divide And Conquer. It is the one where the injustice and prejudice meted out to Marker is the most pronounced. He is the immediate suspect, as indeed would probably be any ex-con. He finds few people are prepared to support him. Mrs. Mortimer certainly backs him up, giving Broome short shrift when he arrives, and she never wavers in her support. The only other support comes from Jenny, the secretary, who even comes round to the house to discuss how she can help. Kenrick talks supportively at times but it is clear he is only trying to be diplomatic and is more concerned about placating his workers, all of whom believe Frank to be guilty. Enright, the former solicitor, conveniently keeps a low profile, something for which Mrs. Mortimer admonishes him. He claims that he spoke up for Frank to the police but finds his assertions fall on stony ground. 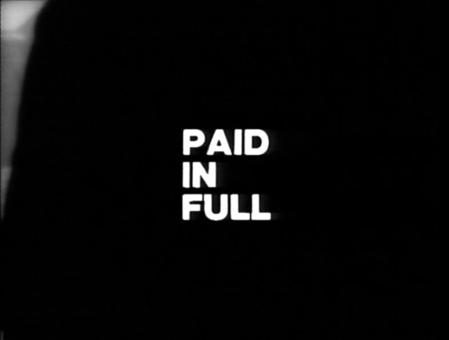 Frank rails against all this very bitterly, particularly at the end. Sometimes this is a little unfair. Hull in particular is harangued although he tries to be supportive as far as he can. Alfred Burke is in exceptional form, and was often seen at his best when Marker was angry.

Maybe one factor that counted against Frank was his isolation at work - he mentions he only knows a couple of the workers by name. Self-reliant Frank may have had an easier ride if he had made at least some casual friendships with others - but how willing were they to accept him? He was still able to make a good impression on those who didn't know him and could show no prejudice. When he visits an antique shop he strikes up a rapport with the elderly owner, a very warm, generous woman, as he talks about his childhood. She likes him so much that she agrees to sell him an item at a substantial discount. Unfortunately he then finds that having a valuable antique in his possession does not play well with the police.

Indeed this is the only instance, certainly in the surviving episodes, where we hear anything about Frank's family or childhood. He tells the shopkeeper of singing corrupted versions of hymns at home on Sundays and looking with the other children for the "dirty words" in the Bible. This bright picture suggests a happy childhood but Frank then explains that his mother left home. A very useful insight into an otherwise mysterious background.

An interesting sub-plot develops late on when Frank is being taken to the station. Another suspect is picked up, a student in connection with a robbery. The student, Barry, seems utterly blase and acts as if he is stoned. His mood changes sharply though at the station when some shocking news comes through.

A very well-written story, with good characters and performances. This is the last time we see any of the characters at Kenrick's. William Moore did a good job in conveying Kenrick's good intentions but ultimate weakness. A shame to see no more of Tania Trude as his secretary, a very likeable and helpful figure. She stands up well when one of the workers, Starkie, tries to chat her up, not falling for his heavy-handed, laddish attempts to charm her. This time we see a less favourable side to Frank's housemate Enright who backs away when Marker needs help. Enright is about to end his parole and maybe is scared of becoming embroiled in a case, wanting to show his distance from the world of crime. He leaves the house and his parole near the end. A valuable character, allowing interesting interplay with Marker, and well-conveyed by Peter Cellier.

We see a sharp contrast between the warmth of Susan Richards's shopkeeper and the sneering, suspicious Broome only moments later. As the case progresses Broome's approach does change and it is clear he is more open-minded, although Frank never feels he is out of the woods. Two more good performances.

A very fine ending, seething with bitterness, marks this installment and shows that Frank's rehabilitation has a long way to go. 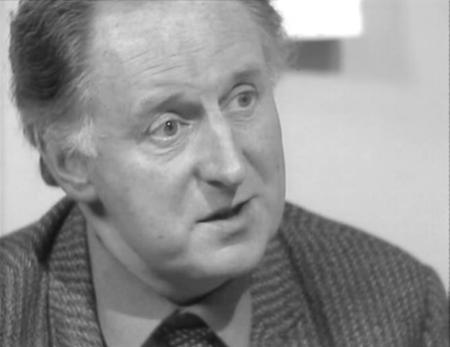