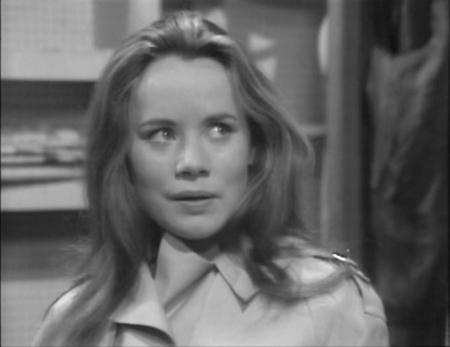 A young woman, Barbara Pitt, rushes home from a night-school class. As she arrives she picks up the phone but there is no answer. She is seriously unnerved and confesses to her friend Polly that she has had a number of these calls. Matters worsen when later the caller speaks and says threateningly, "What does the attractive wife of someone like Ken Pitt do when he's away from home". 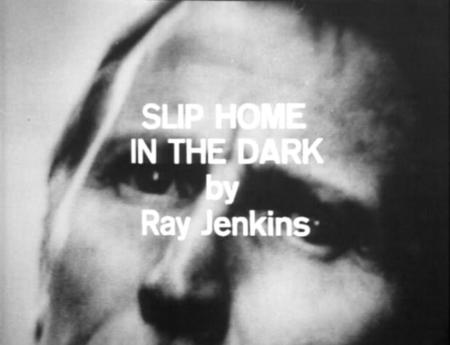 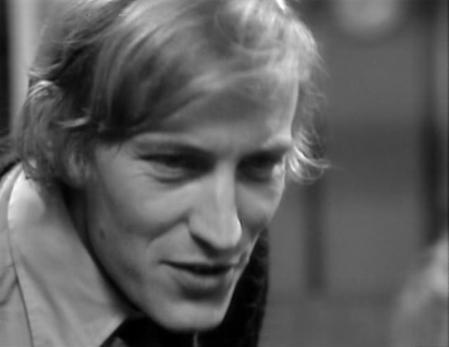 Ken Pitt is another enigma. A man who has been in prison but here we see a devoted, caring husband. But is there another side to him? Has his wife been deceiving him? James Laurenson handles this part just right. These days almost all women are employed but back then fewer were, partly because many men like Ken were determined to keep their wives at home and saw it as a "badge of honour" if they supported the family on their income alone. Many would see this as men trying to assert dominance but in this instance Ken does appear to care for his wife while she is certainly devoted to him. What is also beyond doubt though is that such an isolated life is the last thing such an anxious person needs and it only increases her vulnerability.

The story is something of a "whodunit" and builds to a tense climax, which avoids the usual cliches. The only minor reservation is that there is a little too much ambiguity at the conclusion. However this is a minor criticism of one of the best episodes in an excellent series.

Polly decides that Barbara needs help and takes her to see Frank. Barbara tells Frank the details but remains very anxious. When she has left he asks Polly to tell her not to lie. He has worked out from Barbara's demeanour that her husband has been in prison. Later she admits this but insists there is nothing to hide. There is nothing the caller can hold against her. When her husband is away she "does nothing" and "sees nobody".

She does tell Ken and he is sympathetic but he also has no explanation for the calls. He is now trying to rebuild his career and is making a good impression so the culprit seems unlikely to be from his workplace. Frank enrols at the night-school class in his search for answers and gets some interesting leads. Could the calls be connected with Barbara's young night-school teacher Alan Lipton, the only person with whom she seems to relax and open up, and who certainly seems to be impressed by her? Could they also be connected with a break-in at Marker's office?

A marvellous episode. In tone this has elements of a thriller and the fine direction by Peter Duguid complements this, with mysterious shots of the caller building the tension. Black-and-white suits the dark and often sinister action extremely well. This was the only episode written by Ray Jenkins and he does a brilliant job. One-off episodes by writers could potentially be a problem with the risk of inconsistency but it doesn't happen here, or on other occasions in this series. Maybe credit should also go the script editors for maintaining coherence and consistency.

A fine array of characters is presented. Barbara is very enigmatic, almost always nervous, sometimes frantic and yet on one occasion utterly transformed in the presence of her teacher into an eloquent, imaginative and flirtatious figure. One always suspects she is holding back some disturbing secrets. Estelle Kohler turns in an exceptional performance in this demanding role. Her friend Polly, skilfully conveyed by Susan Engel, is slightly older, much more confident and assertive but worried for her friend.

Alan Lipton is the teacher, who also works in a comprehensive school, with some very radical ideas about society and crime. He tells Frank, "We're all criminals. The lucky ones don't get caught.". He teaches prisoners as well and is clearly very committed. We can also see though that behind the smiling exterior is a hard man. He takes offence to Frank's questions telling him, "I suspect your motives and detest your manners." He clearly enjoys his adult class and there is definitely chemistry between him and Barbara - but is it of a healthy kind? Geoffrey Whitehead is an accomplished actor and gives an excellent account here.