Joe Melia and Tessa Wyatt are quite excellent in these two roles. Melia clearly has comic talent but real depth as well and is utterly convincing. Tessa beautifully conveys Judy's fragile but sympathetic character, splendidly demonstrated while she waits by the side of the stage, a bag of nerves before her song.

Leslie Dwyer has a nice part as Billy's older comic partner. Mary Chester though is a real force as Billy's estranged wife, a woman who knows all his tricks and is very tired of them. The story also allows us to see Marker and Mrs. Mortimer enjoying themselves at Billy's show, and afterwards sharing a warm, friendly conversation - something Frank saw little of in this series. It gives Frank a chance to outline his suspicions of Rylands, whom he accuses of leeching clients, and his hopes of returning to his own agency.

The only real drawback is the character of Rylands. In the effort to show him as shady the exaggerated attempts at sincerity with Mrs. Reid are overdone. It would be plainly obvious to her that this is a man who is utterly false. He becomes a little too much of a caricature, and the portrayal should have been more subtle. This is unfortunate as Stanley Meadows is a capable actor who could have made good use of a more well-drawn figure.

There are two elements to the splendid climax, the first involving Billy and Judy, the second Marker and Rylands. The former is the best and embodies all the top qualities of the show while the latter excellently shows Frank's independence of mind. A great end to a very fine offering.

Rylands introduces a new client to Marker - Mrs. Reid. She says she wants to trace her daughter Judy who is seventeen, has left home and apparently moved to Brighton. Some of her answers are very vague and Frank tells her that she is not being straight with him. She then admits she is not Judy's mother but her aunt. Judy's parents are not getting involved but she is very worried. He feels it would be better left to the police but Mrs. Reid fears scandal so prefers a more low-key approach. He is reluctant to take the case, feeling it will be an impossible task, but she insists. The only real lead is that Judy likes singing, so she might be looking for that sort of work. 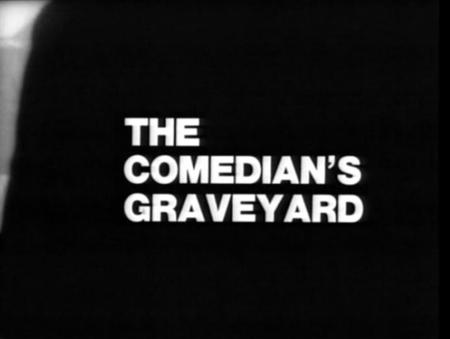 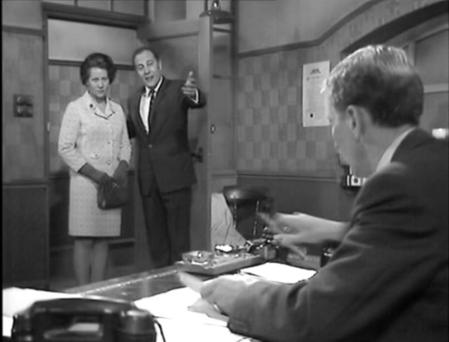 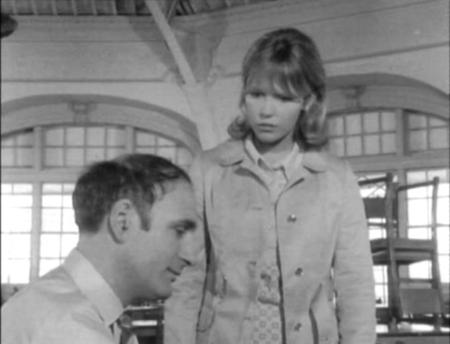 Frank scours Brighton, with particular attention to the various seaside entertainments. He asks one comic if he has seen Judy but he says no. However later on he does find Judy - and she is working for that very comic - Billy Raybold. Frank needs to check whether Judy is in safe hands, but Billy has an eye for young girls and his career is hardly in the ascendancy...

A super episode, easily overlooked in such a sombre and intense series as the Brighton one. On the surface this is a lighter story. There are many funny moments, not least from Billy's corny (and sometimes mildly blue) jokes. However it is, in addition, often reflective and very touching, particularly at the climax.

Billy is a marvellous character. He can be very funny, but this is also an intelligent man with a great knowledge of comedy. However there is pathos as well - he is well aware that fame and success are never going to come his way, and probably have never come close to him. One of his great lines when Frank confronts him about lying about not seeing Judy is, "I wasn't wearing my glasses. You wouldn't if you'd seen as many sad faces as I have." The end of the pier is the pinnacle for him. He scratches a living. Probably his interest in Judy is predatory but even in that respect he is struggling to make headway.

Judy at times cuts the figure of the rebellious teenager but essentially she is a starstruck, rather vulnerable person. She lacks confidence but the possibility of a singing career gives her hope, a chance of an escape. Billy is trying to take advantage of her, but she is getting something from the experience as well. He is fuelling her dreams, however illusory. What is better - a glimpse of the limelight coupled with ultimate disappointment, or a safe but mundane life? Both her and Billy seem to enjoy their relationship, however ill-advised from an objective standpoint.