His first task is to help the defence in the case of Barry Osborne. He has already met Barry at the station when he was interviewed in connection with the theft from Kenrick's (Paid In Full). He has been charged with the murder of a local garage owner. Barry's father is a very wealthy man who runs a meat company and is determined to get his son the best defence in court. He accepts Barry committed the killing but is looking to reduce the charge to manslaughter. Although Davis, the solicitor, is supposedly in charge of the defence it is clear that Mr. Osborne is keen to wield a lot of influence.

Frank goes round various individuals who knew the victim (Flockton) to clarify what happened and find if there might have been mitigating circumstances behind the attack. Some of his enquiries are hampered by the presence of Mr. Osborne who is prepared to use dubious means to acquire evidence. Meanwhile Rylands seems indifferent to his client's tactics. 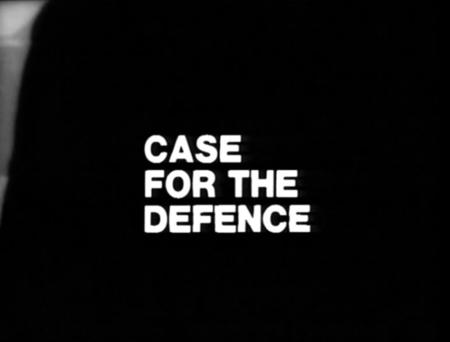 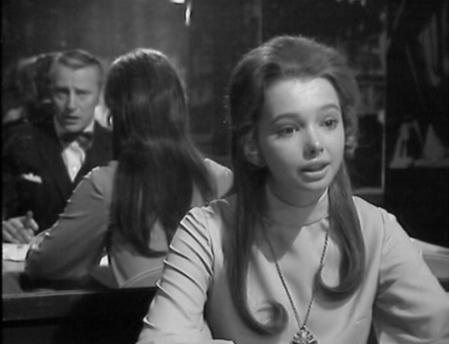 Mr. Osborne tries to get Billy's friend Dorry to back his case for the defence

Frank is working in a supermarket, stacking shelves. Detective Constable Broome comes in to see him and offers him a job with a local detective agency run by Joe Rylands. Frank goes to meet Rylands, a very self-confident, slick-talking man, and accepts the job.

Possibly the least impressive episode in this run. It is still quite good and does say some interesting things about Frank and the nature of justice. However somehow it doesn't really capture the imagination.

Some mediocre characters limit its impact. Mr. Osborne regularly protests his ignorance of legal matters but it seems unlikely such a businessman would be lacking in intelligence. One doubts whether he would be allowed to take such a close part in the interviewing of witnesses. Rylands could have been a very strong character but seems unconvincing, maybe a little too caricatured in nature.

On the more positive side Barry Osborne reappears and is more effective in this story than in Paid In Full where he was hampered by some strange dialogue. Here Barry is disarmingly honest, not wishing to make excuses for his actions. His father doesn't want such honesty but it is clear that he cares for his son and is worried about him potentially spending a long time in prison.

Frank has to warn witnesses to be careful, especially Dorry Milner, a young student friend of Barry whom Mr. Osborne encourages to get Barry off the hook. Osborne raises interesting points though about the influence of wealth on justice. Buying witnesses is illegal, but the rich can often get better justice by hiring superior lawyers - is there much difference? Either way Frank is appalled, not just with Osborne but with Rylands who is happy to turn a blind eye.

The unpleasant and sometimes antagonistic nature of enquiry work is highlighted. He makes discreet enquiries among the Flockton family. The son discovers what he is doing and, not surprisingly, is very angry. Enquiries almost always upset some people in the effort to satisfy others but the relatives of someone who has been killed are going to be particularly upset. Frank's job is necessary, but unpalatable - very much a summary of his work in general.

PS
The then new Sussex University at Falmer on the edge of Brighton is one of the featured locations. 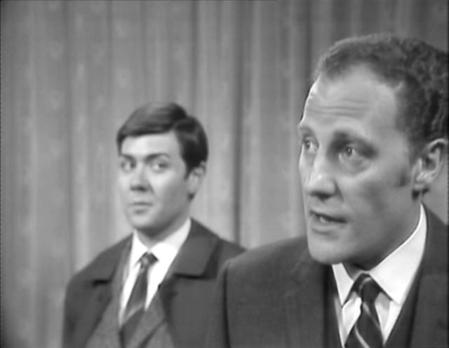