think they have a

victory but Vince is not 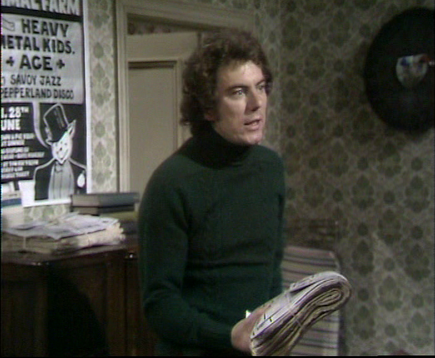 A rather intense story. It's not the most gripping but is one of the most thought-provoking, with an unusual theme.

Workers are protesting outside a factory, having been locked out by the owner Robinson. They are led by the strident Vince. Alongside him is his girlfriend Jan and young student Giles. Eventually they storm the gates and go inside to work.

Giles, a Sociology student, is actually the son of the owner. However he is very much a radical who has disowned his father's capitalist values and is in awe of Vince. He decides to leave university and commit himself totally to activism. His father is worried and tries to trace him, but without success. Robinson turns to Frank who does track Giles down, but Giles doesn't want to know. It soon becomes apparent that Vince is prepared to take radicalism a long way, but how far is Giles prepared to go?

Giles and Jan are also intriguing characters. Giles is idealistic but rather diffident. Unfortunately like many hesitant individuals he can sometimes get pushed into reckless decisions, like he does here. Jan is a little stronger and more prepared to stand up to Vince, but he still pushes her around. Peter Settelen does a fine job as Giles while Jan Harvey (Jan) would later turn up as one of the central characters on Howard's Way. Robinson (Ivor Roberts, another good performance), Giles's father, is also very notable. He is rather patronising and elitist but it is clear he cares for his son and is very worried for his future. His protectiveness though plays into the hands of an unscrupulous figure like Vince.

It almost goes without saying that Alfred Burke is in great form as Marker really turns on the style, confronting so many of the other characters with some necessary home truths. Barbara New has a brief but noteworthy role as the former landlady of Vince and Giles, complaining about the state they left her flat in and them always going on about, "Marx and Moo."

There are not many flaws, although some anachronistic dialogue placed in the mouth of Giles's friend Ricky does let things down a little - script-writers in the mid-70's were sometimes not aware that hippies and beatniks were long past. That shouldn't detract though from a well-written, thought-provoking story by Brian Finch. It's certainly an episode well-worth watching. 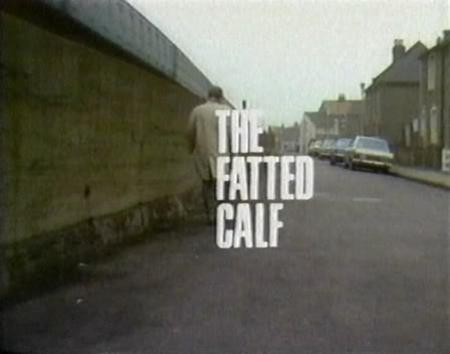 Intriguing stuff. This is about much more than politics - it's also very much about relationships. Certainly the portrayal of radical left politics - very rare on TV - is not a very flattering one. Vince is utterly unprincipled and prepared to go to extreme lengths in pursuit of his goals. He is a man driven by hatred of the capitalist system but he is not above abusing power himself. Giles comes across as well-intentioned but ultimately rather weak and naive. Unfortunately his weakness could lead him into serious trouble. We see here the danger when ideology comes before people. The general complaints of Vince, Giles, Jan and the workers are highly justified and they talk a lot of sense, but things go too far.

Vince is essentially a bully and a sponger. He can be very eloquent and witty but even those on his side like Giles and Jan cannot entirely trust him. He intimidates everyone - except Frank who turns in one of his most fearless performances. He takes advantage of both Jan and Giles financially. However there is a trace of sympathy for him. The proletarian Vince resents the advantages that middle-class socialists such as Jan and (especially) Giles have had. He suspects they will return to their comfortable existences when things get difficult, that their ideas come merely from affluent guilt while his sentiments come from hard experience. This captures a not infrequent division among those on the Left. Alun Armstrong handles this role skilfully, making Vince a memorable figure. 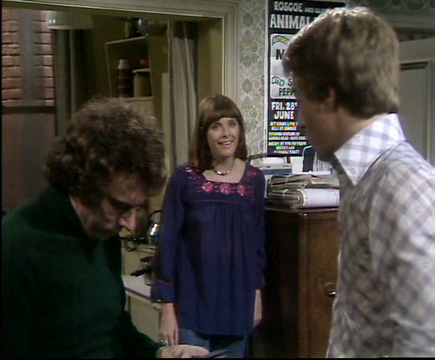 fighter against injustice and

inequality - or just a bully?