On the second night he does catch glimpse of an intruder who gets away. It's certainly not Mrs. Alexander's prime suspect, her elderly neighbour, but a young man. Some information from Sergeant Evans makes Frank think that the intruder has a rather more conventional quarry than the orchids, connected with a major burglary some years earlier. It is a discovery that may have significant repercussions for Marker.

A fine story - the last really good one for the show. Initally the storyline might suggest a very trivial tale, not unlike The Windsor Royal. In fact it's rather superior to that, even in its earliest stages when there is no real inkling of the more serious events to come. The characters are much more interesting, particularly Mrs. Alexander. She is a curious woman, on the surface rather paranoid and snappy, but with a softer side. This particularly manifests itself in a very interesting discussion she has with Frank about her vivid life in India, especially its social aspects and her current loneliness. She asks him about his family life and he is typically enigmatic. Towards the end, as prospects brighten for both her and Frank, she notably perks up, although never losing her steely edge.

Her housekeeper Eileen Saunders is one of those women who takes a shine to Frank and flirts with him gently. She is positive and friendly throughout. Their neighbour Mr. Hartley has a brief but very amusing role, with his yapping dogs and implacable antagonism towards Mrs. Alexander. Good performances in all these roles. 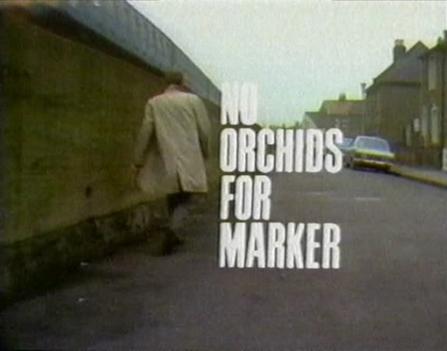 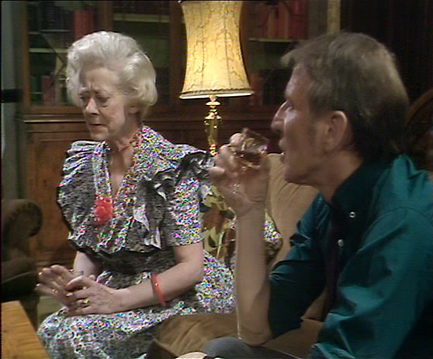 offers Frank one of his more 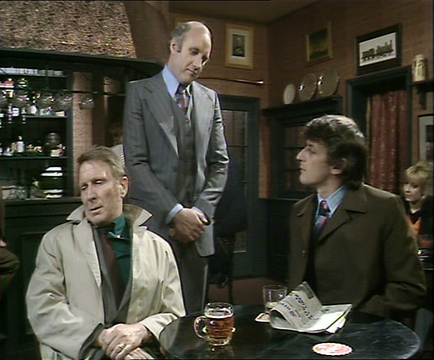 Frank has not long been in Chertsey but he soon receives an unwelcome visit from the law. Detective Sergeant Evans makes himself known and suggests that a private detective may attract the wrong sort of custom. He also knows about Marker's brush with the law some years earlier. Not the sort of start Frank wanted, and a sign that the police will never forget his past.

While Evans is there Frank gets a case from a Mrs. Alexander, complaining of an intruder. Evans scoffs - the police have had plenty of calls from the paranoid Mrs. Alexander. Initial enquiries suggest he is right. The hyper-sensitive Mrs. Alexander is worried about her rare orchids and believes someone is trying to steal or interfere with them. She asks Frank to guard them. He tells her it seems pointless but agrees, persuaded by a hefty fee.

The honours though are taken in the rather darker part of the story. Freddie, excellently played by Lewis Fiander, acts cool but it is clear he is a man under pressure and battling against time. Paul Haley's brief part as Watts is even better. Watts makes some quiet but very disturbing remarks to Freddie which really shake him up. He is clearly not a man to cross.

A final part worth commendation is that of the elderly solicitor Mr. King, a neat cameo from Donald Eccles. A rather eccentric figure, Frank meets him in search of a rare opportunity. Mr. King plays hard-to-get but Frank is very confident he is on a winner.

The ending is very strong, as we get to see whether Frank and Mrs. Alexander are in for an unexpected bonus. Once again writer Philip Broadley came up with the goods. Certainly worth seeing.

PS
This was the only episode from the final series not to receive a repeat in 1977, although it was later screened by UK Gold in the spring of 1996.