Frank clearly is uncomfortable with the whole business. Effectively he is on Mrs. Bailey's side but is unhappy about being drawn into such a tug-of-war and accuses the pair of using the boy as a pawn in their own squabble. Mrs. Bailey even accepts to him that they have overstepped the mark - "You're disgusted with us," she says.

Another character who sharpens the action is Arthur Bellingham, a good performance by Norman Jones. Bellingham has been in prison (revealed by Percy) and tells Frank he was fired from the engineering firm after some trouble. He seems a decent man and is trying to start his own business but can't get the finance. With a criminal record his credit chances seem hopeless. Percy makes an insightful point on the problems of such a policy towards ex-criminals, noting that without a loan Bellingham may well steal the money. When Bellingham later finds that Frank has used him to get to Bailey he apologises to Bailey and is angry with Frank, as he makes clear when he catches up with him. He tries to make amends and help Bailey retain his son, but Frank has a way of scotching his influence.

Barry Warren adds some colour as Smythson. Amusingly just before his arrival Percy warns Frank about, "these North country solicitors - rough diamonds many of them." The extremely well-spoken, well-dressed, somewhat camp Smythson flies in the face of this stereotype. His remark though about Sheffield and "dark, Satanic mills" is somewhat out of place in reference to a city dominated by steel and heavy industry rather than textiles but stereotypes of the North die hard.

This was a rare excursion for director William G. Stewart into drama. He is best known for his work in Thames comedy and light entertainment, and more recently as the presenter of Fifteen To One. He does a very straight, competent job but it's not enough to lift the episode out of the also-ran category. It is though rather better than some stories in later series, and a little better than Transatlantic Cousins that followed.

A sound episode, one of a short run of more modest efforts in such a great fifth series. The basic story is fine but the result never quite hits home, perhaps due to unremarkable characters. Bailey is a rather wet figure. He clearly cares for his son but is not riveting. His girlfriend Ann is similarly uninspired. The scenes involving Bailey, his son and Julie are less than memorable.

Far better is Mrs. Bailey, impressively played by Stephanie Bidmead. Mrs. Bailey is assertive, leaning towards being headstrong, but doesn't strike one as the vicious woman described by her husband and Smythson. She certainly seems to have swayed Percy Firbank who promises police help after she says she fears her son will be taken out of the country. There is one very powerful scene when the former couple confront each other when she comes looking for her son and the two have a fearsome argument. She accuses him of being a gold-digger, only marrying an older woman for her money, while he accuses her of wanting him only for sex - a surprisingly frank subject for the time. 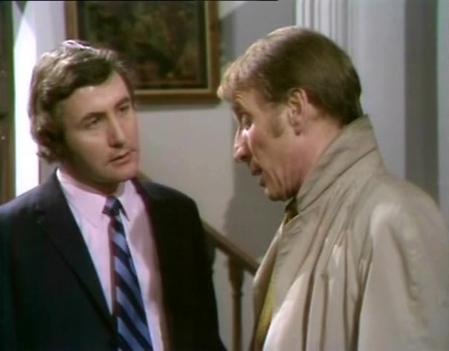 Smythson, a solicitor from Sheffield, comes down to see Frank. He is acting for Ruth Bailey, a woman whose son is a ward of court but has been taken by her husband. The boy's father - Martin Bailey - has been seen in Windsor and they want the child returned.

Frank has been told that Bailey is an engineer and goes around various pubs near works in search of him. He asks in one place and a man, Arthur Bellingham, tells him he knows someone called Martin and it seems to be the same man, albeit with the surname Barrett. By chance a credit company has asked Marker to run a check on Bellingham. This gives him an excuse to go and see Martin under the pretext of obtaining a reference. He even manages to get his home address, although Martin is reluctant to give it.

Later on Martin feels he has made a terrible mistake and realises Marker's real purpose. What can he do? He is determined to hold on to his son. He loathes the boy's mother Ruth and even Smythson seems wary of his apparently fiery client. Can there be a satisfactory resolution? 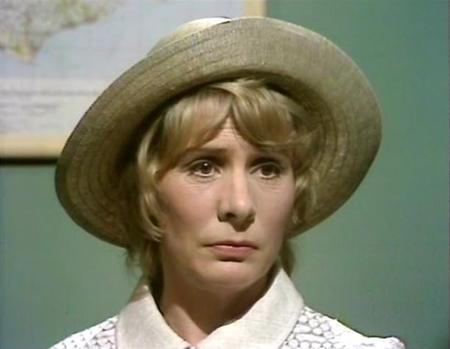