The sub-plot with Mrs. Grahame is very engaging. Two of her husbands have died and Ron wonders whether she might like him to be number three. It's interesting that while Ron may be mercenary he isn't a womaniser and doesn't succumb to her temptations. He's a straightforward family man, to her evident disappointment. Rosemarie Dunham conveys just the right degree of sultriness and humour in this role.

The story marks the end of another stage in Marker's career. It was to be the end of Walton and Ron Gash, as another new horizon beckoned... 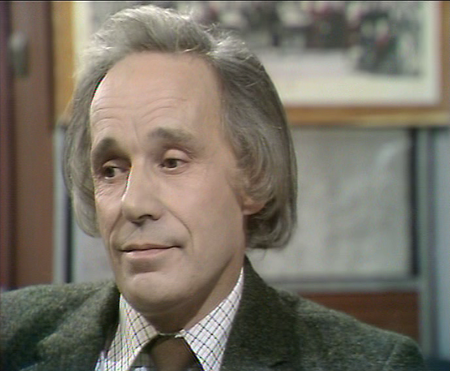 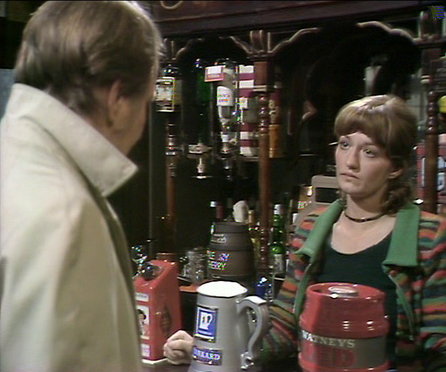 A middle-aged man called Tom Hooper asks Frank to trace his missing wife, Julia. Tom says he works in the public sector, in child welfare, but has a substantial private income. Money means nothing to him. He says Julia left home a month ago and may well be working as a barmaid in Chertsey, something she has done before. She is prone to bouts of depression and he wants Frank to check that she is okay.

Frank does find Julia in a pub in Chertsey. He does seem discreet digging and discovers from her that she has never worked in one before. As the case unfolds he discovers that very little that Hooper tells him is true. The man is a fantasist. Far from being wealthy he is almost broke and living in squalor. What's to become of him? Meanwhile Ron has his work cut-out fending off the flirtatious widow Mrs. Grahame whom he is helping with an eviction...

Although certainly not one of the best offerings, and a little below the standard of its predecessor, this is still pretty impressive. Once again Frank ends up chasing his tail as he is deceived by the amiable but manipulative Hooper. Hooper is well-purveyed by John Woodnutt and has a habit of projecting his faults onto others. He likes to act the part of the Bohemian but is actually a pathetic figure. One of his clever tricks is to pretend to offer a cigarette to someone, "discover" his packet to be empty and then find his "victim" forced to offer him one!

in one of Hooper's many deceptions

Ron is taken in by Hooper as well, not surprising given Ron's mercenary nature. He sees Hooper as a cash cow, inevitably causing conflict with Frank. Frank, as always, wants to play it straight, getting the job done promptly and properly, and gently goads Ron over his approach. He knows the writing is one the wall and discreetly makes enquiries about a new office, with one in Chertsey catching his eye. Ron finds out, leading to a parting of the ways.

It's the nature of their relationship that they part without acrimony. Ron is too genial for arguments and Frank too perceptive to start them. Ron accepts Frank needs to be on his own. It almost goes without saying that Alfred Burke and Peter Childs are on top form. It was a shame though for the viewer that such a highly entertaining and intriguing partnership was at an end. It probably did though show good sense by the producers to leave the viewers wanting more.

Julia, the object of Hooper's interest, is a gentle, pleasant personality. She was obviously struck by his unconventional demeanour before being worn down by his fecklessness. Stephanie Turner, later the first Juliet Bravo, impresses here. She still cares for Hooper but knows there is no future for them. 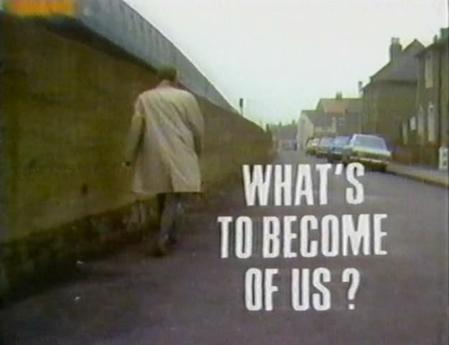