The other key characters are highly impressive. Iris Russell, best known as Mrs. Skinner in Timeslip plays the bitter, manipulative, but rather sad Alison. Susan Penhaligon, something of a sex symbol in the 1970's, is fine as Tuesday who beneath her apparently vulnerable, hesitant exterior is delighting in her entertaining teasing of Bradley. The hotel staff are nicely delivered and Jill Dawson (Tricia Newby) has a very small but engaging and significant role as one of Bradley's former employees, one who certainly did not fall under his spell.

Ron Gash is again very important here. The contrast with Frank is very strong. Ron is quietly ruthless, much less principled than his colleague. When Bradley demands Alison's personal details, and even offers big money for them, Frank stands his ground and protects his client. Ron disagrees strongly, stressing that she has made a fool of him and deserves no support. However Ron does later show his better side by stepping in to defend Frank against Bradley, although once again using unethical but undeniably effective methods.

Alison, a middle-aged woman, visits Frank and asks him to track her husband, Julian Bradley. She says he is a serial philanderer. She has tolerated his antics for too long and now wants evidence for a divorce. She knows he is going to a hotel with a new girlfriend called Tuesday Simpson and has booked Frank a room there so he can observe.

Frank goes to the hotel in Maidenhead, a very snobbish place where the staff treat him with disdain but give utter reverence to Bradley. Julian tries to make headway with Tuesday but she is apologetically reticent. Their stay and Frank's is ruined when they get a tip-off that they are being watched. The message names Frank and Bradley confronts him, threatening that he'll never work for any legal company in the area again.

Frank has a pretty good idea who staged this fiasco but when he tries to trace Alison he runs into problems. The phone number she gave has been disconnected and her address is boarded-up. Clearly she is playing games, but why - and is it only at Marker's expense?

Extremely impressive in so many regards. Frank is left chasing his tail by Alison. This makes him look a fool with Ron who already has doubts about his style and methods. Worse though is crossing the fearsome Bradley, excellently portrayed by Ronald Lewis. Bradley is an arrogant man, used to getting his own way, utterly contemptuous of those who do not do as he wants, and a gross misogynist. He is withering with Frank, denouncing his supposed lack of ethics; Frank quite rightly retorts that solicitors like him are quite happy to use enquiry agents to do their dirty work. There is one quite superb exchange between them when Frank visits his office, both very biting and very funny. Bradley is not unlike Inspector Tyson from How About It, Frank? in his bullying nature but he is much more supercilious. However he is not in as strong a position as he thinks. A truly memorable figure. 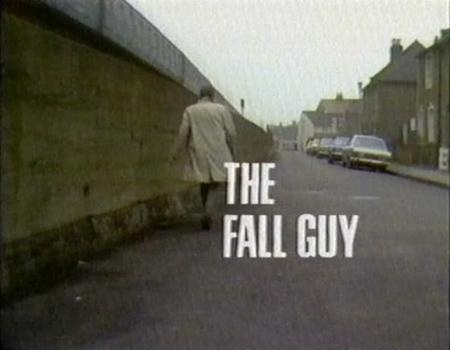 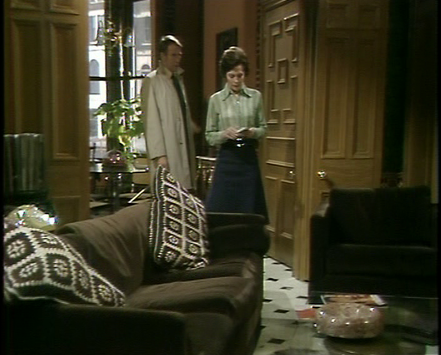 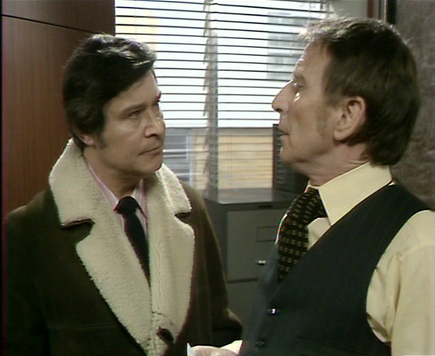 - not a man to cross

A quite daring theme for the time here is lesbianism. Both Bradley (deservedly) and Frank (undeservedly) are pawns in a game played by others. There is certainly nothing explicit here but it's an interesting background to events only revealed late on. No doubt a contemporary show would be more graphic in the name of "realism" and lose the great subtlety of Public Eye.

After the patchy predecessor this was a strong return to form. How long though would Frank and Ron survive as a partnership? All would soon be revealed...