Tom Lewis had appeared the previous year very briefly in The Man Who Didn't Eat Sweets but this time has a full role to which Gareth Thomas does more than justice. Tom is a small businessman trying to make his way - sadly the sort of creditor who can suffer or even go to the wall when bigger fish like Hayden-Peters succumb (or pretend to do so). He is a lively and likeable man, who only displays quite understandable bitterness towards his debtor. However there is clearly an impressionable streak that lays him open to manipulation. Hayden-Peters reciprocates Tom's disdain and it is obvious that the relationship of both men to each other and Sandra is more than open to interpretation.

As is so often the case in Public Eye the assorted secondary and minor characters are excellent. Francis is tenacious and forensic in his pursuit of the supposed bankrupt while the registrar can be both witty and blunt but remains a formidable judge. A less impressive example of the legal community is Hayden-Peters's brief Jackson Adams who combines decrepitude and ineptitude alongside his most worrying quality - corruptibility. Wise bookmaker George Smith is one of those people Frank expertly uses to spot some holes in Hayden-Peters's case. All these parts are very well performed but John Gill is particularly memorable as Adams.

One of the fascinating aspects of this story is the use of courtroom scenes. It's maybe surprising that these featured so little in the show but they are very good value here. Frank is only an observer but the examination of Hayden-Peters is great entertainment. It is absolutely evident that the Receiver and the Registrar see him as a liar and fraud but they don't have enough evidence to expose him. One withering look from the Registrar, beautifully delivered by Jeffrey Segal, to Hayden-Peters following another lame argument is splendid.

James Doran delivered many fine scripts for the show in its later series and it is testimony to its strength and his own high standards that this is bettered. It is certainly a very strong effort overall but series six had even greater delights in store.

PS
Unusually four actors are credited at the end but their roles not specified. The parts played though by Betty Duncan and Sally Watts can be identified.

Frank emerges from the offices of Multiple Finance after being told his services are no longer required after a person he recommended for credit went bankrupt. However he soon discovers he is not the only one to have lost out at this man's hands. He bumps into garage owner Tom Lewis. Tom tells him he has lost fifteen hundred pounds that he loaned to this man, Meville Hayden-Peters. For Tom this kind of debt could ruin him but he has another reason for concern. He believes that Hayden-Peters is pulling a fast one. Despite bankruptcy he still drives around in a Rolls Royce and lives in luxury. He wants his money back - but how?

Frank goes to the court to listen to Hayden-Peters's bankruptcy proceedings. Hayden-Peters says that he is now being supported by his wife to whom he signed over his assets some time ago. His businesses ran into trouble. He claims that he even lost thousands of pounds on vain bets on racehorses in a bid to save himself. He is very vague on the details but the Receiver Francis is unable to prove any impropriety. The registrar is exasperated with the poor preparation of Hayden-Peters's case which he blames on his solicitor. However, based on the evidence, there is no alternative but to declare him legally and legitimately bankrupt.

Tom engages Frank to dig deeper. He is surprised that Tom will not push his claim with Hayden-Peters's wife Sandra, despite the fact that he knows her well and she - apparently - now has all the money. Frank goes to speak to her and curiously finds that she didn't know of her husband's predicament. However she seems prepared to stick by him. Hayden-Peters is less impressed with Frank's intervention and tries to shake him off. Frank, though, is never a man to drop a case and he is about to uncover a complicated but unflattering reality. 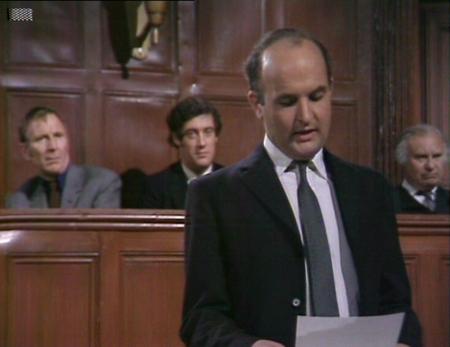 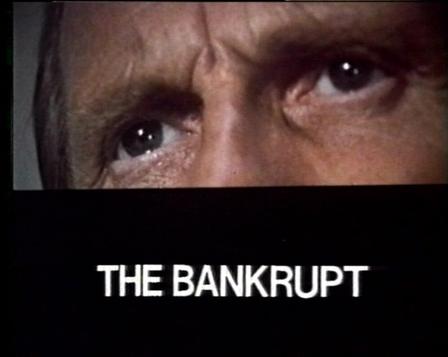 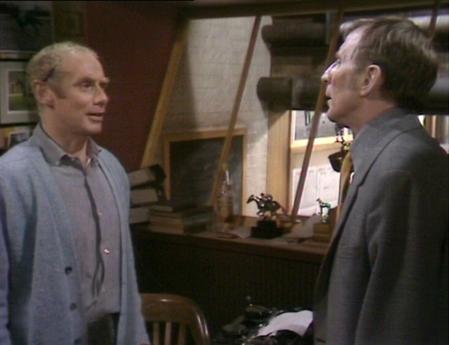 The opening episode of the sixth series is highly impressive and maintains the quality from the excellent fifth. The financial affairs involved are complex but never unmanageable for the viewer. A similar example of financial manoeuvrings can be found in It's a Woman's Privilege a few months later but this story is superior. When matters conclude there is still a sting in the tail. As always in Public Eye it is the people that matter and the tale is absolutely fascinating. It is evident very soon that Hayden-Peters is not only an unpleasant, deceptive character but also a corrupt one. He is one of many middle class conmen featured in the show which refreshingly was able to demonstrate that just because a man is smartly-dressed, talks well and has a "good" background doesn't mean that he can't also be a criminal. Highly realistically, it makes clear that proving such dishonesty is exceptionally difficult and requires investigators with the persistence, perceptiveness and determination to see justice done that are embodied in Frank. Sadly such people are all too thin on the ground. Hayden-Peters believes that he can manipulate and buy his way out of trouble - unfortunately rather too many people are ready to be manipulated and bought.

Ray Barrett is very fine as Hayden-Peters. An Australian actor, he brings off an English accent with immense skill, sounding rather like John Carson or James Mason. He had already shown his vocal skills as a Gerry Anderson voice artiste on the puppet shows but in this and other productions he showed he could be a strong performer in the flesh as well. His wife Sandra, well played by Susan Macready, is a suitably enigmatic person. Evidently she has not been told the whole story but it is also true that she has secrets of her own, and is all too prepared to take advantage of the situation that presents itself. Their relationship is a mysterious one but money seems more important to both of them than love.