After the blistering start to the series it was inevitable there would be a fall at some time. This is a little below average by the programme's exceptional standards but is still interesting enough. It is a good depiction of how communities can both support and exclude. Dominic and most of his family and friends have a very cohesive and warm community but they are less than conciliatory to the likes of Nina who defy their arguably narrow-minded standards. Nina bears comparison with another single, deserted mother, Mrs. Grant from How About a Cup Of Tea?. Both are quite bitter but Nina is more resilient and in a better financial state. This may explain why she is more assertive and less self-pitying.

For the first time Ron Gash has a substantial part and it is very impressive - a top quality performance by Peter Childs. We see how different is Ron's style. He is much more image-conscious than Frank and tells him - quite cordially - that he needs to improve his appearance, graphically describing his mac as "hard porn". Ron is right that image matters; Frank prefers substance but that may not bring in the customers. It is clear that Frank and Ron do not see eye to eye on this matter. Ron is also concerned about the limited business Frank has been bringing in. In the case of Anders Ron continually frames things in financial terms and, although he isn't trying to fleece him, Frank dislikes this more mercenary approach. When the going gets tough Ron also gets tough with Croxley in a way that Frank finds uncomfortable. Ron is a great character and a very effective enquiry agent, possibly more so than Frank, but more likely to win in the wrong way. There's a great contrast between the two who make an unstable but potent partnership. 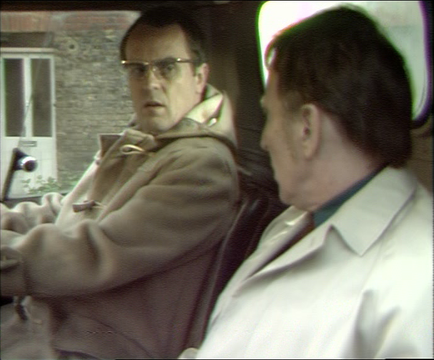 What exactly does Dominic Anders 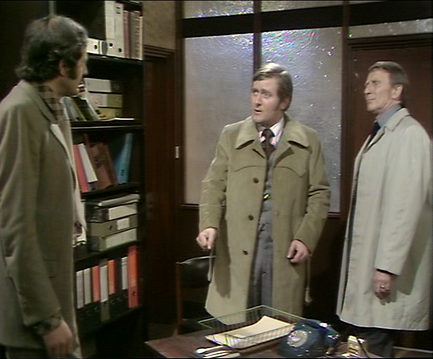 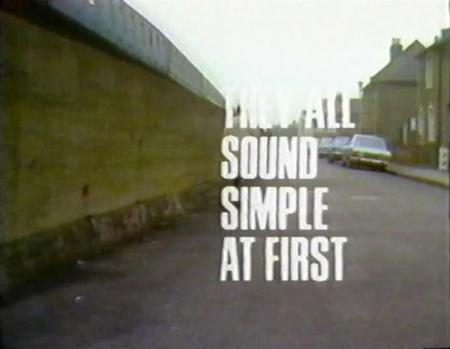 Frank has now joined Ron Gash's agency in Walton. Ron asks him to chase a debt owed to a local craftsman called Dominic Anders. Anders comes from a close-knit Polish family. The money is owed by a local businessman called Croxley. Matters though are complex. Croxley is the husband of Anders's sister Nina; she has been disowned by the family because of her relationship with him. The decent but diffident Anders is unsure of how hard to push the matter, not wanting to create antagonism with his estranged sister.

Frank's enquiries unveil an even murkier situation. Croxley transpires not to be Nina's husband and his business standing is less than clear-cut. The role of the real Mrs. Croxley becomes key to this case of family division and debt.

Apart from Peter Childs and Alfred Burke performances are sound rather than outstanding. Peter Bowles once again plays an oily, slippery manipulator as Croxley - a ladies' man who overplays his hand. He even tries to chat up the plain, clueless secretary Doris (Veronica Doran, later to play Eddie Yeats's girlfriend cum wife in Coronation Street). He soon realises she isn't worth the chase. Diane Keen is an attractive and combative presence as Nina. The ubiquitous Philip Madoc makes for a very dignified Dominic Anders. Kenneth Oxtoby has a nice cameo as a camp barman who winds up both Gash and Marker. Overall not great but worth seeing.

PS
Most ITV regions repeated this episode on Thursday 5th May 1977 (2.25-3.20 pm). However Yorkshire, Border and Scottish TV all screened it two days earlier. This was the only occasion that a repeat was not fully networked.