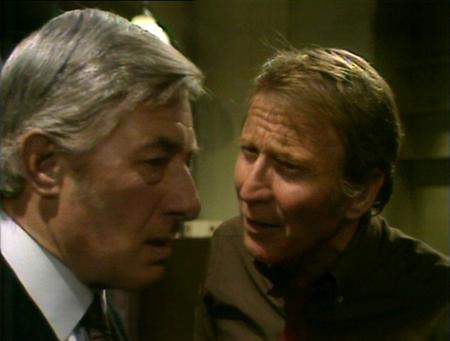 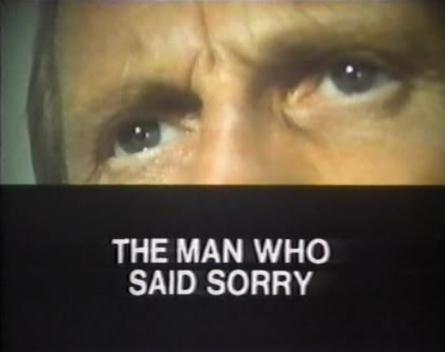 No other episode in Public Eye is like this. There are a few others that rival it in quality but nothing of such daring. It really needs to be seen.

Frank is working late one evening in the office, although he is closed to customers. A middle-aged man knocks on the door and insists on seeing him. Frank is reluctant but agrees.

The man, who says his name is Barratt, seems very hesitant and pedantic. Frank finds speaking to him very frustrating and feels there is something wrong. The man explains that he suspects his wife of an affair and asks Frank to watch her. He gives some strange responses, making Frank even more suspicious. Eventually the man angrily confesses that he has been lying and says that his real name is Raymond Clemens. He has very particular reasons for seeing Frank.

Clemens is a very nervous man, his despairing conversation punctuated by bouts of ineffectual anger. He tells of a terrible experience when he had to speak in public and how life is weighted against ordinary people like himself in favour of experts like Frank. Frank tries to reassure him this is not the case but he cannot be assuaged.  He outlines what appears to be a sorry tale of marital breakdown, shoddy treatment by his wife and estrangement from his children. However Frank has doubts and makes these clear. Is Clemens just a sad, muddled man, a perpetual victim, or is he something more sinister?

This astounding story manages to trump even the recent Many a Slip and is my all-time favourite episode of any TV drama. Technically it is also a real tour de force. For almost all the action it is a two-hander between Marker and Clemens. Very rarely in a drama series, and definitely not in a hour-long production, would two actors be expected to engage in a duologue. An immense demand, but one that comes off perfectly. The performances of Alfred Burke and Paul Rogers as Clemens are utterly exceptional. Rogers deserves particular praise. He brings off superbly the image of a hesitant and distressed man.Only in the final two minutes is a third and final character introduced in the familiar form of Percy Firbank. Percy has no inkling of what has just happened and Frank, though inwardly perturbed, does not talk about it. This, interchanged with shots of a departing Clemens, makes for very tense and powerful viewing.The feeble figure of Clemens is one of the most memorable characters in the history of Public Eye. His angst touches upon that felt by so many people: the emptiness of many marriages; the difficulties of the ordinary person facing professionals and manipulators; how one copes when put under pressure. How do we help troubled individuals like Clemens? Do they need support or straight-talking? Frank opts for the latter, it seems with good reason, but it's a difficult choice. Has he got it right? 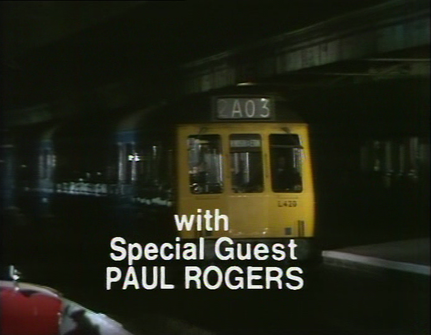 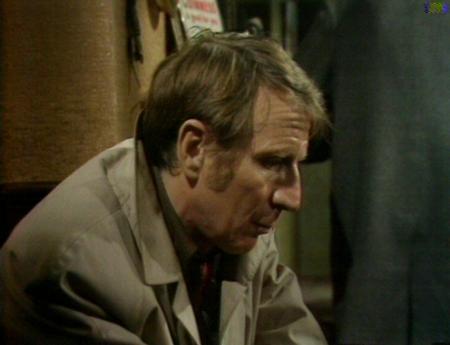 Frank has a lot to think about -

has he done the right thing?

Frank's frustration pours out with