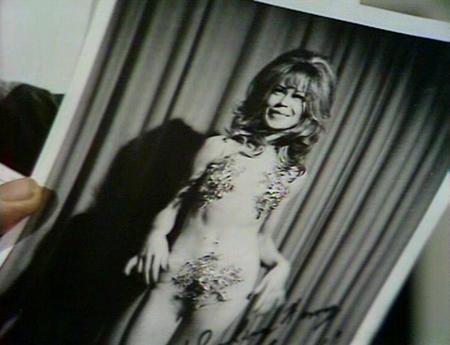 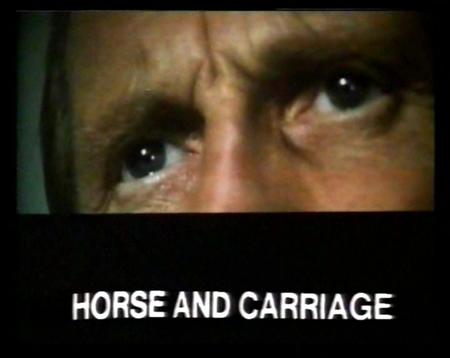 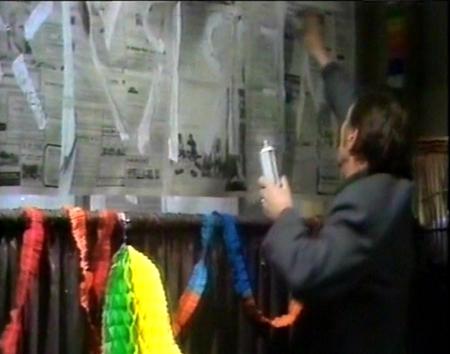 Frank is commissioned by Harry Longstaff, a middle-aged husband, to track his wife Lil whom he suspects of having an affair - again. Harry is permanently suspicious of Lil and has engaged Frank seven times, with nothing untoward ever being discovered. Frank tells him there is no point but as usual Harry cannot be assuaged and he takes the job, watching the family home for any suspicious behaviour while Harry is away. Frank is curious to know where Harry will be while he investigates but gets no answer.

Lil actually enjoys playing her anxious husband along. For example she tells him she is with her hairdresser Joy but then when he rings tells Joy to say she isn't there, simply to stoke up his concerns. She enjoys their arguments because they lead to him storming out and giving her some time to herself, as well as providing spark in their marriage. Now though she is wondering if it is all getting out of hand.

Her mood takes a considerable turn for the worse when she is sorting through some things and finds a photograph. It is of a scantily-clad young woman who has signed the picture, "To Harry, from your 'friend'". The irony is that now, after all these years, she suspects him of an affair. She confides these worries in local shopkeeper George. George is an ex-policeman and fancies himself as an amateur detective. He offers his services to Lil and they agree that he will watch Harry when he goes out and report back.

Both enquiries look as if they will be entirely pointless. However George does find that Harry has an assignation with the young woman in the photograph, and they visit a hotel. Later in the evening Frank sees, to his amazement, a man enter the Longstaff home and go up to the bedroom with Lil. Is this - against all the odds - a case of double infidelity?

The story has a Christmas setting - the only example in Public Eye - and is absolutely fitting. Decorations abound and even Frank adorns his office. However he doesn't embrace the spirit entirely. While freezing on the street for what he sees as his pointless surveillance he is snared by carol singers who plague his ears. The exchange between them is typical of the clever humour of the show. He even tries to cadge a chip upon which one of them, played by Freddie Foot, offers to sell him one! Needless to say that transaction is rejected. Freddie played Chris Hunter in Crossroads for some years so is another example of the highly familiar cast. Less well known is John Normington who plays Mr. Sugden, Lil's gentleman caller, but he gives as impressive a performance as any.

In the final stages the events move into full-blown comedy. These scenes could easily have come out of a sitcom but they are extremely well done and funny. Frank's Christmas spirit definitely disappears at this point. Uniquely the standard end music is replaced by a brassy instrumental version of "Ding Dong Merrily On High" to round off the festive feel. Altogether a very enjoyable episode.

Spencer) rather more than

After the intensity of the previous week's The Man Who Said Sorry this is an extraordinary contrast but one typical of the show. It is an almost entirely comic story (and has a special place in my affections as the first episode of the show I saw) but the humour is very natural and well done. What is even more remarkable is that the story was written by Richard Harris who had penned the previous week's remarkable events. Although this - inevitably - cannot match that standard it is still extremely entertaining.

The husband and wife team are fine characters, each amusingly insecure and suspicious. Tony Melody and Pat Heywood do a great job in these roles - Tony Melody in particular was a fine comic performer who deserved a wider profile. Harry is usually on edge but we do see him shine at times. It is clear that he would have liked to have been a professional musician but settled for the more secure livelihood of piano tuning. He does enjoy playing jaunty tunes but it is interesting to see in the opening scene how a rendition of "How Much Is That Doggy In the Window?" descends into a melacholy refrain. Perhaps this sums up Harry's unhappiness and frustration. Lil on the other hand is a peculiar woman, seemingly oblivious to the stress her games provoke in her husband. She is still somewhat flirtatious, and happy to give him the wrong impression, but have the tables been turned?

Michael Bates, like Tony a capable comic actor, is highly impressive as George, playing him with just the right balance of fantasy and self-importance. George claims that he could have been a great detective but was thwarted by police politics and sidelined into traffic control. One suspects that he is a rather better shopkeeper than detective but he knows the lingo, and enjoys his role. There are hints that he is attracted to Lil - which she detects to her unease - and perhaps is rather hoping to discover something amiss. When he gets down to "investigation" he dramatises his enquiries, worrying Lil sick. However he too may be heading for a fall.

The cast also includes small but appealing roles for Roy Barraclough and Tony Selby. Roy plays a rather wearied club MC, who finds his jokes falling short of the audience for whom he clearly has little appreciation. Tony plays an aggressive and possessive policeman who is the fiance of Harry's "friend". However a more substantial role goes to Penny Spencer as this "friend" - Pauline. Penny was best known as the tarty Sharon in Please Sir and appeared little on TV screens after leaving that show. This is a very welcome part, in a similar vein, which she brings off with skill. There is a chance to see again Anne Carroll who had played such a valuable humorous part in the excellent Come Into the Garden, Rose from the previous year. Anne neatly plays Joy, the heavily made-up but very likeable hairdresser who finds herself being drawn into Lil's plans.