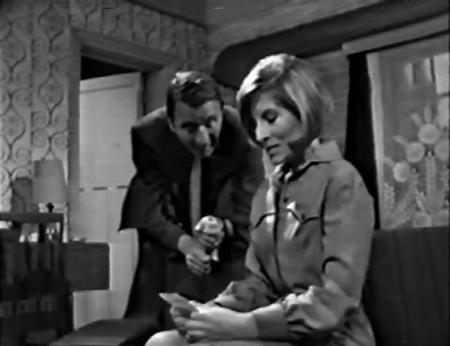 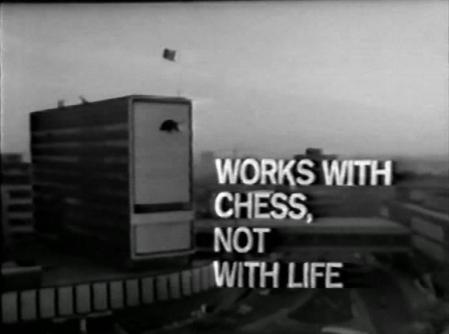 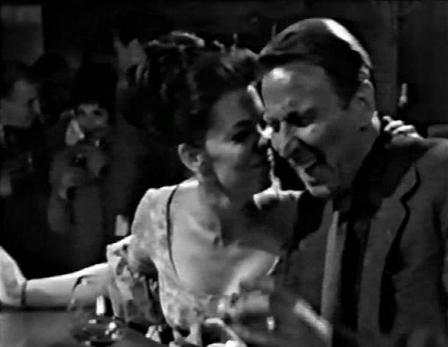 Frank is engaged by solicitor Faulkner who is representing a local hotel. A young woman, Miss O'Hara, has complained of contracting food poisoning from mushrooms she ate there and is threatening to sue and go to the press with her complaints. He believes her claim is bogus and wants Frank to get the evidence.

Towards this end a trap is set up. Miss O'Hara is asked to visit a Doctor Skerrett at Knowle for a second opinion. She does so and he cannot prove or disprove her claims. Frank though now comes centre stage. Bus services from the village are infrequent so the woman has to wait at the local pub. While there Frank seeks her out posing as a friendly and very generous travelling salesman. With great aplomb he breaks the ice with her and more than wins her confidence. He invites her to eat with him and she not only does she accept but has mushrooms as well. Faulkner is present to see her suitably exposed and she is offered ten pounds to drop her claim and avoid charges herself.

Faulkner though wants more of Frank's services. He is a friend of Dr. Skerrett and his wife and feels there may be blackmail afoot. The doctor has been behaving strangely and making sharp economies. Marker makes a rare attendance at a dinner party where Dr. Skerrett has to leave, apparently because of a patient requiring a home visit. Unbeknown to those present the doctor is actually visiting his lover Susan Lambert.

Faulkner asks Frank to watch the doctor. Later on Mrs. Skerrett (also a doctor) asks for the same service. She is certain her husband is having an affair but wants it brought out into the open, and for him to make a decisive choice. Frank doesn't find the truth difficult to discover. Dr. Skerrett will soon be faced with this choice but that will not be the end of his troubles.

Aside from Don't Forget You're Mine this is the only surviving episode in broadcast form from Series 2. While it is far from one of the best examples of the show it is a very interesting piece and not just for its archive importance. The tale of adultery, suspicion and mistrust was familiar territory for the show and is typically well-handled, with quite a few echoes of the previous year's Nobody Forgets Santa Claus. Unlike Garston from that story Dr. Skerrett is a somewhat diffident man and retains some sympathy despite his actions. His girlfriend Susan seems to offer a more invigorating life with the promise of new opportunities. The pair are very happy together but Susan is not content to live the life of a mistress, not does she appreciate the possibility of being left on her own.

It is hard not to feel for his wife Nancy. She knows what he is doing and sees her marriage dangling on a thread, wondering when the coup de grace will come and he will leave - unless she does something about it. Her anxiety is palpable but her thinking about how to set matters right is not the best, as Frank points out to her. All these central roles are well-played.

The story of the food poisoning is a curious one. It forms almost a comic prelude to the main, rather intense feature. It does serve to establish a link between Marker, Faulkner and Dr. Skerrett but is not essential to the central story. One half wonders whether it was included because the episode was in danger or running short, or perhaps it was felt it needed a lighter element given the seriousness of the adultery story. Whether a "bolt-on" or not, the tale of Miss O'Hara (a broad performance by Valerie Bell) is entertaining while still showing Marker at his incisive best. Investigating allegedly bogus claims could well have been a frequent source of work for him and it's surprising they were so rarely the focus of episodes. Perhaps it was felt there was less mileage in such tales than the likes of missing persons, adultery or blackmail but some powerful human stories could have emerged. The Miss O'Hara case could easily have been handled differently and much more seriously, with a more careful person under suspicion and the reasons behind their subterfuge (if guilty) or their resentment (if innocent) explored.Another notable aspect of this section is Frank's winning way with Miss O'Hara. He clearly charms her and one suspects could have had his chances with her had things developed conventionally. Of course Frank was just drawing her into a trap but it does show that he had the ability to attract women. However it also seems true that even if this were not "business" he would have let things go no further. No doubt a 2016 version of Marker would eagerly seize on any opportunity for womanising but the very private and detached man of fifty years earlier preferred to avoid such "relationships".

Late in the main story we see Frank at his straight-talking best, full of blunt but very realistic and sound advice. He also uses a ploy which is arguably unethical but gets results and it's perhaps a sign that the ABC Marker was more prepared to play on the edge than in later years, particularly after having his fingers burned at the end of the Birmingham run and going to prison. For all that Frank does a good job, working for the benefit of his clients. He does his best but whether long-term happiness can be achieved by those concerned is another matter. Once his work was done in this story and many others they were on their own, and we can only speculate on their chances.