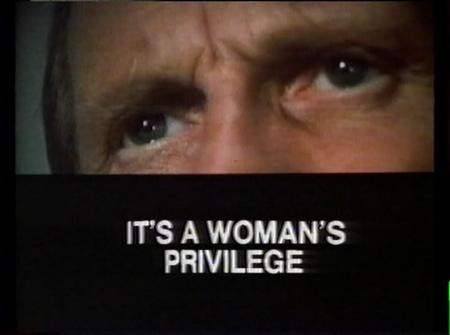 Everard is a suitably enigmatic and discomforting figure, well-delivered by Jon Laurimore. Agnes, a secretary at the estate agents, indulges in some gentle flirting with Frank when he visits, making for a satisfying scene. Agnes is well-played by Marianne Stone. It's also a welcome reappearance for the character previously seen in Who Wants To Be Told Bad News? two years earlier - a good example of the show's attention to continuity. Another very good scene is when Frank visits Nick's home, which doubles as the registered Head Office. Nick's wife certainly doesn't welcome his visit but comes to realise that he may be on to something of concern.

The climax is maybe a little abrupt and suggests the whole business has been done and dusted inside a day, which seems unlikely. This is a minor point in what is otherwise impressive stuff.

to some good advice 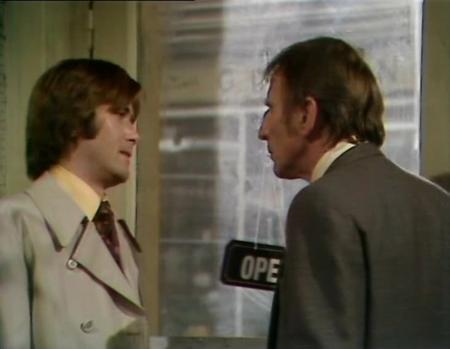 Frank is delighted to receive a surprise visit from Helen Mortimer, his former landlady from his days in Brighton. Her visit isn't entirely social. She is very worried about her son. He has recently taken up a job working as company secretary for a photocopier firm - a meteoric rise. He and his wife have just bought a very expensive house in Datchet which she feels they couldn't possibly afford. She is suspicious about his employer, Everard, and asks Frank to check-up. He happily does so gratis, posing as a potential salesman to investigate the company. He uncovers a very complicated financial tale... 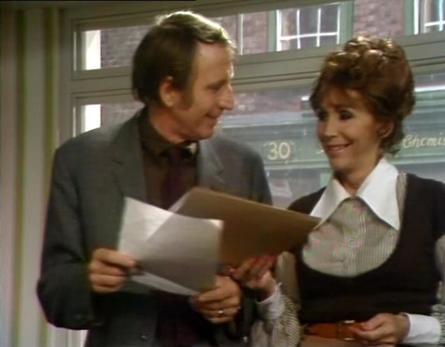 This tale of financial intrigue may not be one of the elite but it is still extremely good. Helen Mortimer's reappearance is, as always, a pleasure, providing Marker with the warm and generous interaction he deserves. He is at his most perceptive here. Not only does he employ his customary people skills to uncover the facts but he shows a remarkable grasp of financial detail. He shows himself to be well-ahead of Nick, despite his accountancy background.

There is some tension here between Frank and Percy Firbank. Percy is not happy that Frank has been doing some debt-collecting and has received an unofficial complaint. Percy also makes clear that he is not prepared to keep Nick Mortimer out of any police inquiry despite Frank's protests.

The debt-collecting offers a neat sub-plot. Frank only does this reluctantly and even his client Mr. Graham seems to begrudge his efforts and criticises the state of his office. Marker got used to this treatment from clients - recall the berating he had from credit agent Don Farmer Many a Slip.

Another story with fine characters. Nick Mortimer is an arrogant young man. He patronises Mr. Steadman (the always excellent Bill Dean who does such lugubrious parts splendidly) who applies for a job and also pushes Frank hard when he poses as a potential rep. He is furious when he discovers Frank's role and confronts him. Frank is not fazed and expertly shows him the error of his ways.

Service with a smile from