Madha Sharma is excellent as the deceptive Dhanar, providing the right balance of refinement and duplicity. Glynn Edwards initially didn't convince me by his performance as the almost equally deceptive and volcanic Alf but on reflection it is strong. Alf is keen to play the role of the open-minded, anti-racist man when it suits him but is actually probably the most prejudiced person in the story. It is hard not to delight in his inevitable fall.

The shopkeeper Mercer is another fine role, skilfully delivered by Keith Jones. Mercer needs Dhanar's business and has to take credit despite the lack of credentials. When speaking to Dhanar he explains quite correctly that the HP companies "win more than they lose" - they can afford a few bad debts, which they're certainly going to get in Dhanar's case. Mercer however can't afford such losses and is rightly worried. Despite his slip in labelling Dhanar a "Pakistani" he seems a decent, personable man.

Another small part worthy of mention is that of Marianne Stone as Alf's secretary Agnes. Agnes is very friendly and lively, without Alf's latent prejudice. She later reappeared in the same role two years later in It's a Woman's Privilege, another fine example of the show's attention to continuity.

There is a small and pleasing sub-plot. Alf's elderly aunt Miss Bain asks Frank to find a newspaper from 1917 reporting the death of her fiance. Miss Bain is a very pleasant woman with no bitterness, even when she reports losing the original in a recent burglary. Frank is able to find a copy so at least he satisfies one member of the Bain family!

The ending is very strong and funny, while still making serious points. Put aside any doubts about this episode and watch it. Whatever your opinion you will find it full of talking points and hopefully highly entertaining. 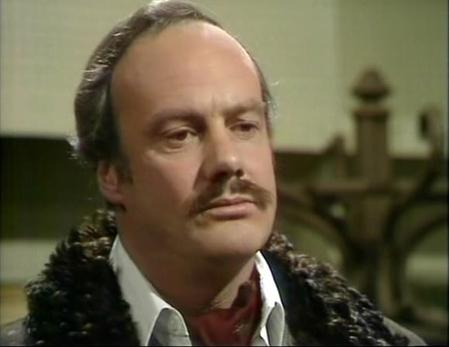 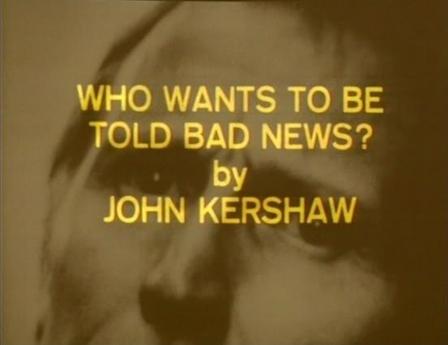 Indian immigrant Suresh Dhanar goes to local estate agent Alf Biggs to enquire about one of his properties, a country cottage near Windsor. Dhanar explains he doesn't have references because he is new to the country. However he is intelligent, well-dressed and well-spoken and Alf is quite happy to give him a chance, especially when he mentions he attended Oxford and trained as an accountant.

Alf tells Frank about Dhanar and asks him to keep an eye out. Frank is concerned about the lack of references and warns Alf. Alf dismisses these concerns as a cover for prejudice, which Frank stridently denies.

Dhanar and his wife are acquiring a lot of things on credit. Each time they apologise for their lack of credentials but their classy demeanour persuades others to take a chance. Frank is tracking Dhanar who becomes aware of this and talks to him. He admits to Frank that he has been in prison for fraud, and explains that it is difficult for an immigrant to be accepted. Such honesty would disarm many but Marker dismisses it to Alf as a skilful, deceptive ploy. Alf becomes even more annoyed at Frank, virtually accusing him of racism, but is he guilty of ignoring serious danger signs?

A very thought-provoking episode, and potentially a rather controversial one. My initial thoughts were mixed. I was uneasy, like many modern viewers, about the portrayal of an immigrant as a con-man. Of course there are numerous white criminals seen in Public Eye but this is the only significant part for a black or Asian character in the later series and it is a negative one. In addition when the episode was shown in 1971 it was a period of greater racial tension, when there might have been more need for positive representations.

A few points. Programme-makers can quite rightly say that it is not their responsibility to make political statements or redress inequalities. Their job is to produce entertaining or informative programmes. It should be remembered that there are criminals in every racial group. In fact this is quite a sensitive and intelligent account of race and crime. In no way can it be compared with many of the crass efforts of other programmes of that era but reflects the typical sophistication of the show.

Dhanar shows how class can transcend race. His race certainly can provoke discrimination - indeed Alf Biggs's initial comments about Indians before he meets him are racist - but because he is urbane, looks highly professional and states he attended Oxford he is accepted in a way quite unlike most immigrants. When he talks to Frank he does offer genuine insight on the problems immigrants face - "It's not easy when you aren't particularly welcome." This might offer some explanation for his turn to crime. He also refers to the problems faced by his wife who chose to wear Indian clothes because she was proud of her identity, unfortunately making her a target for bigots. This is a common dilemma for immigrants - do they retain their culture and maybe attract discrimination, or assimilate and lose it?

Another example of the sensitivity of the story comes when Frank visits an electrical shop owner, Mr. Mercer, who has sold items on HP to Dhanar despite the lack of proper references. Mercer refers to Dhanar as a "Pakistani" and Frank corrects him on this. Unfortunately this sort of label, usually expressed in a rather more unpleasant form, still is prevalent today.

Dhanar also gets in a clever dig about names. At the estate agents both Alf and his secretary Agnes are struggling over the spelling and pronounciation of his name, which is actually quite simple. "I have the same problems with English names," he says with apparent humility but in reality a shot at their ignorance.

In many ways the story is more about the nature of fraud, in particular its connection with class. Not for the first or last time it depicts a middle-class con-man. It demonstrates how easily people are taken in by appearances and the dangers they face if they don't take basic precautions. Dhanar illustates how a clever fraudster can get so far. He is always apologetic about his lack of references and quite charming. He appears to be generous, buying drinks, and making friendly overtures. Even when he is confronted, such as by his landlady when he over-ambitiously asks for a rebate, he doesn't get angry and apologises for being "indelicate". His honesty about his time in prison would have won over most but Frank sees through it. Alf certainly does not and sees this as yet more prejudice from Frank - "a typical example of working-class prejudice!" he tells him. In fact, as Frank quite rightly deduces, Alf is not motivated by anti-racism, or a determination to help ex-criminals, but by greed as he seeks to fleece Dhanar by renting out his dilapidated cottage. But greed has its dangers. Those who live by the sword... Alf's bluster becomes increasingly comical but it is never excessive while Frank seems to relish waiting for Alf's inevitable come-uppance.