"But They Always Come Back For Tea"; "Mercury in an Off-White Mac"; "Cross That Palm When We Come To It"; Welcome To Brighton?
Divide and Conquer; Paid in Full 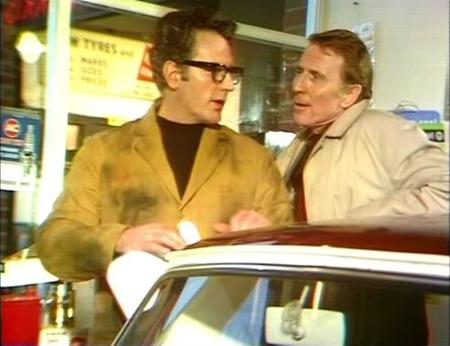 Mrs. Podmore's Cat
The Golden Boy
The Windsor Royal
No Orchids for Marker
Unlucky for Some

Michael Chapman (1937- ): A Mug Named Frank; The Beater and the Game; It's a Woman's Privilege; Egg and Cress Sandwiches (4)

My Life's My Own; Case for the Defence; The Comedian's Graveyard; A Fixed Address; Girl in Blue; The Trouble with Jenny;
Take No for an Answer (22)

Martin Worth: "They Go Off In the End - Like Fruit"; "You Have To Draw the Line Somewhere"; "All the Black Dresses She Wants";
"But What Good Will the Truth Do?" (4)

Wilson (Maurice Good) is one of

many to suspect Marker of theft

in ​Paid in Full 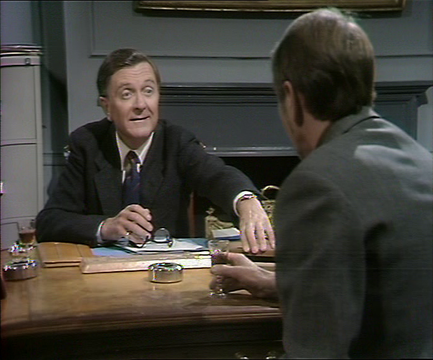 I Always Wanted a Swimming

Thirty two writers contributed scripts to Public Eye (one being a dual effort) over the years. Co-creator Roger Marshall was responsible for almost a quarter of them and was the key influence on the first four series especially. He wrote three of the five surviving shows from the first three series and all of the seminal fourth. The only series he didn't contribute to was the fifth, with three more scripts in the final two.

In the final three series four writers had a crucial hand - Philip Broadley, James Doran, John Kershaw and Richard Harris. They are behind many of the best remembered outings. 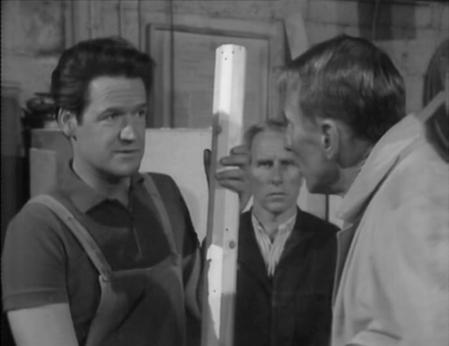 How has former security guard

ended up as a garage owner in

And When You've Paid the Bill,

You're None the Wiser

hand in Hard Times, the first of